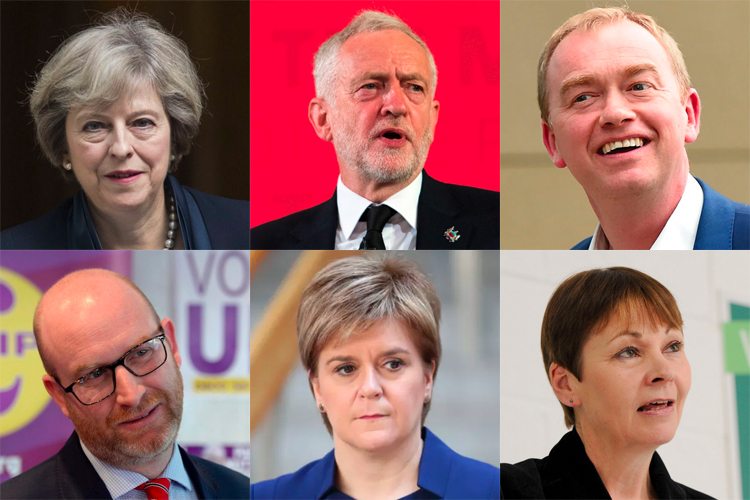 Share via
Political parties have seen donations shoot up significantly over the past few years. Ahead of the 2005 election £44m was donated in total. By 2010 this had risen to £72m, with the 2015 election shattered the £100m mark for the first time. For this election we’ll likely see this figure increase even more. In tandem with this, political parties of all stripes have been quite smart, waking up to how important ecommerce is to the UK economy and how they can apply the best practices employed by ecommerce retailers around the world when it comes to their websites. With 12 per cent of retail sales in the country now being made online and British shoppers accounting for 29 per cent of all online purchases in Europe, it is hard for parties to ignore the opportunity on offer. On the most basic level, an ecommerce user wants to (i) search and find an item quickly (ii) benefit from the best available offer and finally (iii) order it easily. Looking at this year’s election, we see major political parties (The Conservatives, Green Party, Labour, Plaid Cymru, Scottish National Party and UK Independence Party) trying to implement the first and third of these consumer demands into their websites’ UX. They’ve achieved this in three ways – and you should be looking to do the same. Simple, clean websites Retailers know that having a clean, crisp website which makes things as easy as possible for browsing customers is now non-negotiable, given the fierce level of competition in ecommerce. Political parties have also adopted this mindset. A party’s website is probably the first port of call for a supporter or undecided voter, meaning its importance can’t be understated. When analysing all six of the main political parties’ websites, they all boast clean, clear menus with prominent party messages greeting visitors instantly. All the menus boast clear call-to-actions (CTAs) that range from three to seven options, such as joining a mailing list, donating, volunteering or reviewing party manifestos. Have a mcommerce website Another trend that has been hard to ignore for political parties is the prevalence of mcommerce in the UK. According to PCA Predict data, back in 2013, despite 62 per cent of the UK population having access to a smartphone, desktops still accounted for 74 per cent of ecommerce transactions in the UK. In fact, tablets were actually more popular than mobile devices accounting for 15 per cent of all transactions. This year however, mobile makes up 42 per cent of all purchases in the UK and is not far behind desktop computers at 47 per cent. In addition to this, consumers are also more likely to shop on their smartphones at 3-4am at weekends, compared to any other hour of the day. At this hour, a staggering 61 per cent of website traffic was generated via consumers’ smartphones. Again, parties have tapped into this trend to build highly responsive mobile websites that can handle large volumes of traffic, regardless of the time of day. Five out of the six parties I’ve mentioned have mobile ready sites that are responsive, quick to load and also have their CTAs still prominently displayed, so regardless of what a visitor wishes to do, they can do it with ease. Plaid Cymru also offers non-Welsh speaking visitors the chance to instantly translate their mobile website into English. However, only UKIP’s website requires users to pinch-to-zoom to see certain aspects of their site, which isn’t best practice. Lacking such a responsive design impacts quite negatively on the user experience, but also on conversion levels (i.e. donations). Donations are an easy process PCA Predict research found 85 per cent of online shoppers abandon their order if presented with complicated or lengthy checkout forms. Political parties have used this critical consumer insight and made their own “checkout process” as simple as possible for those who want to donate. Five out of six parties and their donation payment experiences, much like the very best ecommerce retailers, offer a defined, linear process, with only the Green Party not offering this type of experience. These five parties, in their “checkouts,” offer interface elements such as step trackers or progress bars, which follow the very best UX principles as it lets a customer, or in this case a donor, know exactly how many steps they will be expected to complete. Importantly, two parties – the Conservatives and the SNP – employed address verification technology to speed the donation process up even further. This technology simplifies and expedites the checkout process by minimising the amount of manual typing needed. While it might not be obvious at first glance that political parties’ websites are now, in effect, ecommerce websites, they are, and they have to be. Parties have to create their websites in such a way because of the huge numbers of undecided voters in the UK. Out of voters who casted their ballot for one of the major four parties in 2015 – and who also voted in the June 2016 European Union referendum – one in seven are still undecided for this year’s election. Parties, through poor UX principles, can now ill afford to turn these hesitant voters off. Chris Boaz is head of marketing of PCA Predict (a GBG company)