In March, Real Business introduced the Philanthropic 30, an initiative that recognised the 30 top UK companies setting the standard for social and corporate values.

Of course, not all companies are fit for inclusion in the Philanthropic 30 ranking. Indeed, a MediaCom study found that 40 per cent have either stopped or never used a brand because of its poor corporate values and behaviour.

The study of 2,000 consumers highlights the importance of companies looking at the wider picture and beyond profits, as 63 per cent said brands have a duty to give back to society, while 80 per cent added the environment should be a key focus.

Furthermore, findings showed that businesses with poor corporate values should not try to pull the wool over the eyes of customers. Some 65 per cent of respondents feel that brands exaggerate environmental endeavours and 45 per cent admitted they have doubts about firms that claim to back campaigns for good.

“The fact remains that a brand’s purpose is hugely influential in attracting an audience and, ultimately, a customer base,” said Pauline Robson, managing partner and head of Real World Insight, MediaCom’s research arm.

Seemingly there are financial rewards to be had if a business does indeed have corporate values that consumers believe in. At 49 per cent, almost half said they’re willing to pay more for products from a brand that champions causes that are important to them – a figure that spikes to 60 per cent aiming 18-24 year-olds.

With age in mind, 35 per cent of respondents revealed they’ve bought goods from a brand because of its corporate values or beliefs, rising once more among 18-24 year-olds to 49 per cent.

Robson continued: “It’s our belief that we, as a society, are heading towards mass adoption of purpose. Overall, there is an increasing awareness of and focus on what a brand stands for – to the point where many people are willing to buy more and pay more for a company they feel makes a positive impact.

“What brand can afford to ignore that? Working to make a positive impact on society isn’t a ‘nice to have’, it should be part of a brand’s DNA and a pillar of any communications and interactions with consumers. It can make your brand stand apart from the competition.”

Related Article: How to Value a Business 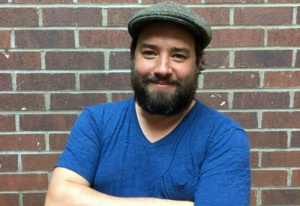