While various legislative and self-regulatory initiatives have taken place over the past decade, they are heavily dependent on selecting and preferring female candidates over male candidates – a form of positive discrimination.

Direct positive discrimination is generally viewed unlawful by the European Courts. For example job advertisements which specifically highlight the need to recruit women is not permitted as a result of two key cases brought to the European Court of Justice (ECJ). In the German case of Kalanke the ECJ held that positive discrimination could occur where women and male candidates of equal qualifications and experience were being recruited. Here, the employment could be awarded to the women to increase the ratio of women in the labour force.

A further criticism is the historical argument that positive discrimination may result in women getting paid higher or be awarded a better remuneration package simply because of their gender even though men carry out similar positions. The Treaty of Rome 1957 under Article 141 provides that women are entitled to “received equal pay for equal work”. Therefore, it is clear within legal instruments that positive discrimination does not mean allowing women to benefit when they are undeserving.

It shouldn’t always be perceived as a bad thing though, given that it makes a change. A number of studies conducted in the area of diverse company boards have deduced that diverse boards perform better.

A recent Australian study reported that “companies that have gender diverse boards are delivering seven per cent per annum higher returns for investors than companies that have no women at all.” And in 2012, the Credit Suisse Research Institute concluded that over a six year research period, “companies with at least some female representation out-performed those with no women in terms of share price performance”.

Research conducted by McKinsey also concluded that “companies with diverse executive boards enjoy significantly higher earnings and returns on equity”. In quantitative terms, it found that those organisations with the highest rates of board diversity had 14 per cent higher earnings margins.

Having an effective workplace not limited to gender will clearly increase employment rates and therefore increase the level of tax a government can make from its workplace rather than providing reducing tax payers money by simply spending it through the social welfare system. This means more money is left over for the government to contribute much better to its overall country needs. This is particularly the case where women make up more than 50 per cent of the workplace in most countries.

Having women working and being positive members of society rather than stereotyping into traditional roles is also not helpful to a society’s development. Having a fair and equal workplace will encourage discussion and debate in an intelligent manner and enhance both profits for organisations and governments alike but also increase reputation.

Countless studies and academic research have highlighted that the traditional white male majority consortium board of directors is not often the best for an organisation. Having a diverse boardroom allows for expertise and viewpoints to be considered that may not usually have been considered by a boardroom which is monotone. The psychological make up of men and women is different so what maybe a good decision in the eyes of a male director may be analysed differently by a female director and together the combined perspectives will provide an organisation and its shareholders with greater comfort that different aspects where considered before a particular course of action was taken.

The South African King Report, which is the corporate governance code of South Africa is vastly seen as one of the most influential corporate governance code of its time. It states: “Every board should consider whether its size, diversity and demographics make it effective. Diversity applies to academic qualifications, technical expertise, relevant industry knowledge, experience, nationality, age, race and gender.”

It seems to work. A recent survey indicated that South Africa ranks fourth globally for the percentage of board chairs that are women at 7.8 per cent, against a global average of four per cent. 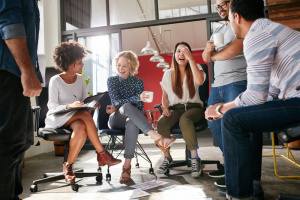 Modern working life with under 25s running the office 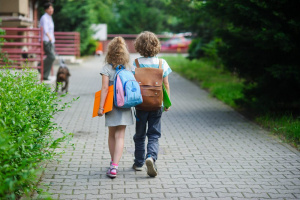