With our First Women Awards fast on the approach – celebrating senior-level business women and professionals in June – Real Business spoke to some of the companies leading the way when it comes to workplace equality and diversity.

Our shortlist of five for Business of the Year – Mitie, EY, Arup, John Lewis and Procter & Gamble – have introduced a range of policies, aiming to address the lack of women in senior positions and tackling the stigma surrounding maternity leave. Unfortunately, they’re still not the majority of companies. A report from late 2013 by charity Maternity Action found that around 60,000 women are forced out of jobs because they’re pregnant or on maternity leave. One in three of those who unfairly lost their jobs and won a tribunal weren’t paid compensation at all, with only four in ten tribunal awards paid in full.

Joeli Brearley saw such discrimination first-hand. The 36-year-old was self-employed when she found out she was pregnant, and had developed a solid relationship with her main client in the six months prior to finding out. The project she was working on would be finished three months after her baby was born. “Despite planning everything meticulously so there would be no problems, they ended my contract when I told them I was pregnant,” she told Real Business.

Seeking legal advice provided little solace as she was told her situation was to do with contract law rather than employment law. It was, she said, a “terrifying” experience. “I suddenly found myself four months pregnant and pretty much unemployed. There was no way I could survive the next five months plus maternity leave without a good income as I had bills to pay, but no one was going to employ a visibly pregnant woman,” Brearley added.

Brearley happened upon fortuitous circumstances – she found new projects and a temporary contract. The company who had offered the temporary contract ended up so pleased with her work they asked her back after her maternity leave. Despite this, the initial period of free fall affected Brearley’s health and wellbeing. “I became very stressed, felt very alone and vulnerable, and it shattered my confidence,” she admitted.

It led to her current campaign, Pregnant Then Screwed, which she set up to tie in with International Women’s Day in March, to provide a voice for those who had suffered discrimination around their pregnancy and raise awareness. In six weeks she posted 70 stories on the website and “have had so many more women contact me individually to say they are scared to share their stories, despite it being anonymous”. Those who have got in touch though, have realised “they’re not alone and that this isn’t their fault. It’s given them the strength to confront their own situations,” she said.

Some have criticised the project as being too negative, but Brearley feels it’s a necessary step towards addressing discrimination in the workplace. “It’s not about making it easier for pregnant women, it’s about making it fair,” she stressed. “Most women will tell you they work much harder when they discover they’re pregnant. We realise this could have a negative impact on our career and want to make ourselves indispensable,” Brearley explained.

The plethora of stories that have been directed to her Pregnant Then Screwed email address tell of a range of issues, reflecting the wide-spread areas that need attention. One tells of “hostility from colleagues who resented the ‘flexible’ working hours [she] had managed to get the company to agree to. One day a week [she] worked 7.30am to 4.00pm in order to get to the nursery before it closed!”

Another mentions the vague “business reasons” they were given when made redundant while pregnant – “I lost out financially in a big way when I needed financial security the most”. There are numerous accounts of those returning from maternity leave only to be given menial tasks, or returned to a more junior position, having been on track for promotions before they became pregnant. Then there are those who have been harassed or bullied in the workplace.

Brearley believes the last is the hardest to deal with. “I’ve read so many stories from women who were subjected to very subtle bullying and this has led to them having serious mental health problems, and being too frightened to work,” she said. “Some have been placed under such severe stress that they have gone into labour early.”

Her comments bring to mind the highly-publicised case of Svetlana Lokhova, who received £3m from an employment tribunal for sexual discrimination after a three-and-a-half year fight against Russian investment bank Sberbank CIB.

When she was awarded the decision Lokhova said it “wasn’t worth it”. She told the BBC that “people who think you come out of court as a victor – that’s just not true. Everyone loses out”. Much of the former banker’s £3m will go towards her lawyers, further reflecting what’s at stake for those who choose to take their confrontation higher. While few find themselves in a high-profile situation such as Lokhova’s, the tale of poor health, stress, and ultimately loss of job, resonates strongly with the accounts submitted to Brearley’s site.

A new bank of research is set to come out from the Equality and Human Rights Commission – a £1m study which campaigners say will show a huge rise in the numbers of those discriminated against because they’re pregnant or on maternity leave. Brearley hopes that Pregnant Then Screwed will, at least initially, foster a community for women who have been discriminated against and reassure them that they’re not alone.

Read more on women in the workplace:

There is though, a longer-term goal involving challenging systemic issues in the workplace. “I hope we can trigger a public debate on why this is still happening, the repercussions on women, companies and the economy as a whole,” Brearley said. She has set her sights on the three month time limit to take a case of pregnancy and maternity discrimination to tribunal, as a crucial starting point.

“I believe that if we can increase this time limit to 12 months, more women will pursue legal proceedings, and this will act as a deterrent to employers, as well as giving the compensation they deserve,” she explained. It’s a significant issue that justice is an expensive process, with enough obstacles in place that many fear the price and process won’t be worth it. In 2013, a £1,200 fee was introduced for anyone wanting to take a case to a tribunal. Since that introduction, the number of cases being taken to a tribunal across the board has dropped by 70 per cent.

Brearley said businesses often “rationalise their discrimination as a way of saving their business,” with the prevailing attitude that maternity leave will be expensive and detrimental to the company.

Unsurprisingly, Brearley is quick to dismiss that mindset too. She pointed to The Women and Work Commission which found that tapping into women’s full economic potential would equate to somewhere between £15bn and £23bn a year to the economy.

In her opinion, employers need to update their perspectives: “It’s their moral obligation, but it’s good for business too.” 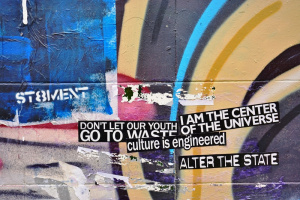 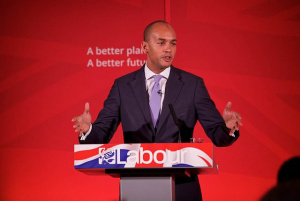