This is according to a survey by Simpson Millar solicitors, which asked 1,000 people from a cross-section of the UK workforce whether they thought starting a legal claim against their employer might damage their future career prospects. Some 84 per cent said yes.

“Sadly, people are right to be worried about potential repercussions if they complain about a workplace discrimination issue,” said Linda Stewart, head of employment law at Simpson Millar. “Even though their rights are clear, reality is that employers are sometimes savvy in subtly managing out unwanted employees. The repercussions aren’t instant but rather a series of actions over time which ultimately drives people out.”

Stewart suggested the issue was particularly prominent in tight-knit industries. She explained there is a perception that raising a formal complaint or taking legal action against an employer will come back to haunt you.

Read more about pregnancy in the workplace:

“The worry that news of someone being a ‘difficult employee’ will travel is a major barrier for those who have a legitimate complaint to act on it,” she said. “The problem is that ignoring it allows that culture to grow. I have advised a number of people who complained about a blatant discrimination issue.

“At first, it appears to have been addressed but then suddenly, a month or two later, they are selected for redundancy or someone else is promoted ahead of them. The link isn’t obvious but everyone knows why it happened. It is a strategy of manoeuvring unwanted employees into a position where they either leave or can be cut loose.”

She highlighted stress and depression as the fastest rising reasons why employees face discrimination at work. Stewart is of the belief that discrimination often happens in the way managers deal with employees who are off sick with stress or depression. Whereas making reasonable adjustments at an early stage would assist many to return to work, managers who are unsure about their obligations to disabled staff often end up making the situation worse.

“Left unaddressed, the person ultimately loses their job when in fact they might have been able to return,” Stewart claimed. “The number of women who describe how dramatically their role and job prospects deteriorated once they announced that they were expecting a baby is quite staggering. Many are managed out of the business, and some employers aren’t even discrete about it.

“These cases are often open and shut but women end up not bringing them because they can’t afford the tribunal fees – especially not with a baby on the way. Discrimination is being aided by a tribunal system that prevents important claims from being made.”

Sometimes it is not clear what employees are entitled to, including what they legally need to do. To any small business owner this could present legal problems and headaches, as the impact of an employee going on maternity leave can be significant. Here are a number of things every employer needs to know about UK maternity leave. 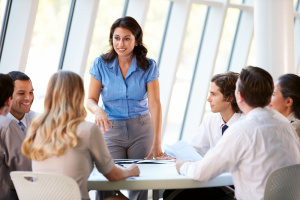 For SMEs, board diversity is nothing more than a diversion 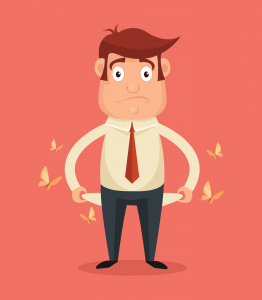