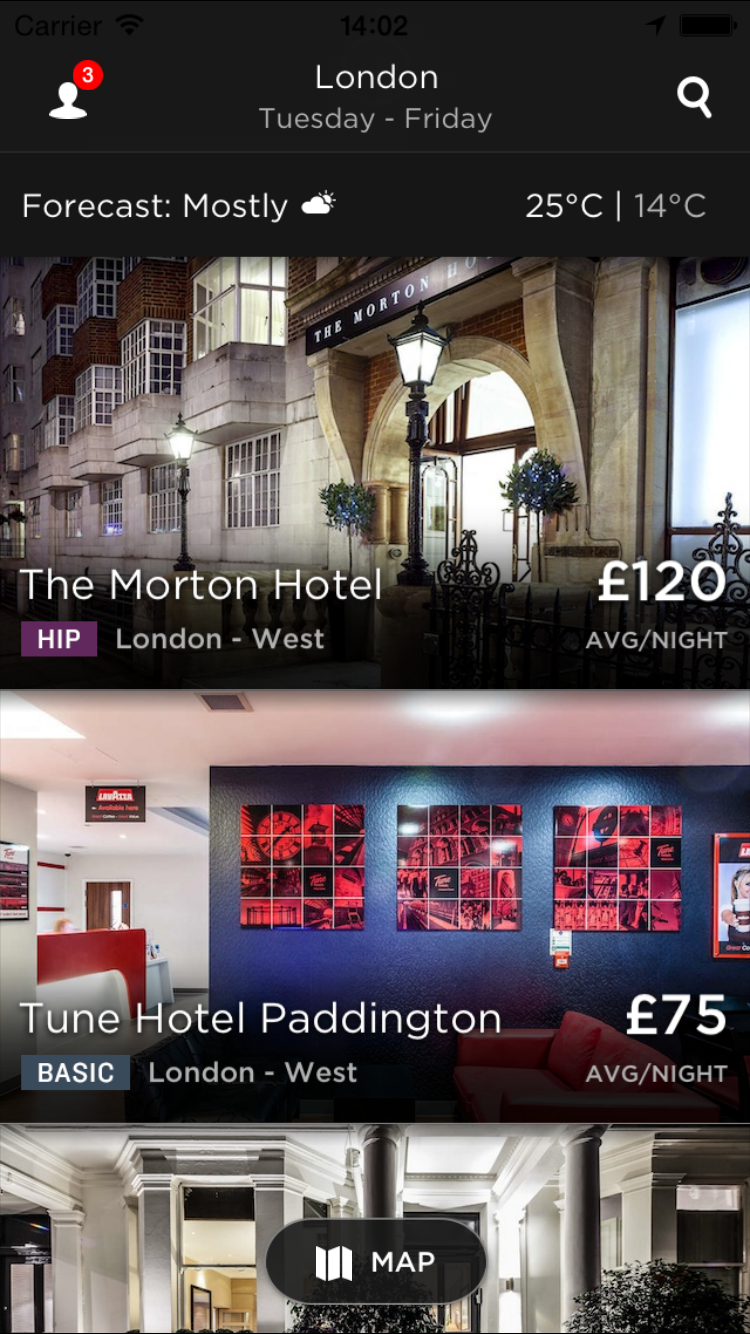 In the past few years, the travel industry has been changed and disrupted by innovators such as HotelTonight and, of course, Airbnb.

HotelTonight changed the meaning of booking at the last-minute with a mobile-only service and a business model that helps both hoteliers and consumers alike. It enables hotels to list unsold inventory on the HotelTonight app at the final hour, while consumers can capitalise by picking up the rooms for reduced prices. The app has been downloaded more than 11 million times and all hotels on the platform are handpicked, with more than 500 destinations now available. And while it may have been built on spontaneity, the company embraced the opportunity to secure more revenue by looking beyond same-day bookings with seven-day support. Recognising the opportunity, investors have pumped more than $80m into the business, with the most notable investment arriving as a $45m Series D in September 2013. Meanwhile, Airbnb is fast becoming a household name with its home-sharing model, which has ruffled the feathers of many hotels. It’s not just the company’s business that’s innovative, but also its marketing strategies, which resulted in a floating house being placed on the River Thames on 18 May. And that’s not all, to increase the brand awareness in the UK, Brits have been offered the chance to spend the night on the Airbnb property.

But where does that leave a traditional hospitality business like?Whitbread, the owner of Premier Inn? Well, firstly, although its CEO is preparing to retire in 2016, the company posted healthy full-year financials in April. Revenue across the whole business, which also owns Costa Coffee and a number of restaurants, rose by 13.7 per cent to hit ?2.6bn. As for Premier Inn,?total sales rose by 15.3 per cent and achieved a record occupancy of 81.3 per cent.?However, the company has an ambition to offer 85,000 rooms by 2020, which is up from 59,000 at present, so there’s no time for complacency. With?Pret a Manger attributing innovation to its annual sales growth, Premier Inn has now also embarked down the path to innovation with Apple Watch support. It follows the hotel business’ decision to open?hub by Premier Inn, a response to the increasing trend of smart devices being released on the market.? The modern hotel boasts rooms with clutter-free access to charging points, touchscreen controls built into the bed, 40-inch smart TV and access to films, games and catch-up TV, while wi-fi is complimentary. Effectively highlighting how important a creative outlook is for the company, the Covent Garden venue, which launched in late 2014, is the first of 14 planned hub hotels. As such, Premier Inn partnered with mobile innovation studio Monitise Create for a hub app development on the Apple Watch. Seemingly it’s no mere booking service, however, as Premier Inn claims the development has made hub ?the only hotel in the world that allows guests to control their room settings using the Apple Watch?. Indeed, the meaning of room service has been redefined as the Watch app will allow guests to control their lighting, heating and also the TV. The design of hub centres around the mobile movement, and travellers are encouraged to use their devices to check-in and order food. In April, Alistair Crane, chief sales officer at Monitise and founder of Grapple Mobile, now Monitise Create, revealed?five considerations that businesses should have in mind if they’re planning to launch on the Apple Watch.

Discussing the launch of the new travel app, he said: ?hub by Premier Inn is the first hotel experience to revolve around mobile, and so it was a natural step for wearables to become part of this picture, enabling even more intuitive engagement between mobile and the physical environment. ?The hub experience is a perfect fit for Apple Watch ? to be on the front foot like this will help set the tone for how the travel industry and wearables come together.?? That said, a?study?from mobile app developer?Apadmi?found that 42 per cent of British consumers are reluctant to use wearables because of privacy fears, while just 18 per cent had no concerns in that regard. The findings suggest it could be a while before the hub development takes off ? but is that really the case? After all, it’s likely customers at hub will be different to those staying at Premier Inn, with the likelihood the former will be tech-savvy early adopters.

One thing is for sure, Premier Inn hasn’t hesitated to embrace the new with hub and is sitting right at the top of the curve. Chances are that, once it’s proven, a similar booking version for Premier Inn will be in the pipeline. ?It’s obvious from our investigations that privacy is a very real issue for the wearable technology industry, although it’s by no means insurmountable,? said Nick Black, co-founder and director at Apadmi. ?However, we also need to draw attention to the fact that a huge number of people still don’t have a firm grasp of how wearable technology might impact upon privacy in the first place, as demonstrated by the significant number of ‘don’t know’ respondents in our survey. ?People are naturally apprehensive about what they don’t understand. But it’s interesting that those who go on to purchase a device are overwhelmingly happy with their decision and the benefits it has brought to their lives.? Former Dragons’ Den investor Piers Linney said at the Business Show on 13 May that companies and?entrepreneurs should fear the likes of Futurama’s robot Bender?if they’re unwilling to change. Where Premier Inn is involved, it seems as though it should be Bender that’s running for cover. By Zen Terrelonge