Exactly one year ago, I wrote that “when it comes to Brexit, almost everything is uncertain and unclear”. Now in January 2020, Brexit has apparently been “done” or, at least it will be by 01 February. But what then?

Given the arguments about how long the transition needs to be, perhaps a “no-deal” is still an option!? In any event, 2020 is likely to be a further year of uncertainty as the deal detail is trashed out.

However, I’m not sure that’s necessarily a bad thing – at least, not for all of us. Entrepreneurs understand that uncertainty is our friend. Uncertainty can certainly make planning difficult, but this is more to the disadvantage of larger businesses which typically have long decision lead-times.

Corporates are simply not as agile as start-ups, challenger brands and those disrupting the marketplace. By their very nature, the businesses which form the “S” in SME have the playing field tipped in their favour when uncertainty exists in the marketplace.

The UK business community, and the SME sector, in particular, need to take the initiative. They now have been handed an eleven-month period (at least) in which they can put plans in place to not only mitigate Brexit risks but to take advantage of post-deal opportunities.

Despite the continuing uncertainty (and I would say because of it), failing to prepare for a post-transition world is tantamount to preparing for failure. And now that Brexit appears to be definitely happening, entrepreneurs need to get on with it.

Using the UK FMCG sector as a good example, there are five key areas which entrepreneurs can use as jumping-off points in order to prepare effectively for Brexit – no matter what exact version of it we actually end up with:

Business leaders can continue to embrace the post-referendum devaluation of the pound and leverage it as a powerful commercial opportunity.

A weaker pound has, across the board, already facilitated demand overseas and increased supplier margins. An undeniable appetite for “Brand Britain” exists abroad, so ‘heritage-focused’ marketing and branding makes for great commercial opportunity.

Devaluation has, on the flip side, increased the price of imports, which makes the purchasing of British-grown or originated goods more appealing to customers at home. Growing FMCG brands can implement “product substitution” – designed to develop home versions of imported products sold to UK consumers with UK-designed and manufactured products.

Why can’t British consumers buy brie made in south Wales rather than in France – once the “protected designation of origin” rules don’t apply post-Brexit?

Many UK businesses employ significant numbers of EU-origin staff – and this group needs reassurance and support regarding their future presence and status in the UK.

Businesses can avail of an audit process or an ‘action kit’ (different industries have developed approaches best designed for their needs), to provide their relevant staff with the advice and direction they need to understand the various options available to them. This can help with following procedures to secure their future in the UK and within the businesses to which they belong.

It’s important to anticipate the introduction of new or increased trade tariffs – even in a soft Brexit scenario. The agreement struck with the EU to prevent a hard border in Ireland suggests that Great Britain will not remain in either the Customs Union nor in the Single Market – so the Deal will likely have some “hard” elements in it. Therefore, businesses need to scenario plan the effect of likely tariff changes on overseas RRPs (and that in the context of existing competition) and options to mitigate the effect of potential RRP increases.

For those wishing to grow their trade opportunities within the EU, it’s worth considering developing an EU manufacturing base. This approach can lead to the avoidance of UK tariffs for buying and importing ingredients and similarly avoiding EU tariffs when selling and exporting finished goods.

This should be designed to sustain a growth strategy, and not detract from UK-based activities. When launched successfully, an EU manufacturing base may increase job security and stability for your total business – especially in the long-term.

Obvious options to consider are Ireland, given the benefits of the same language, business culture and very similar tax structures and legal systems, or eastern Europe, where a low unit cost and great proximity to certain raw material sources and ultimate consumer markets may be deciding factors. When it comes to Brexit, almost everything is still uncertain and unclear.

However, as entrepreneurs and business leaders, this is precisely the environment in which we thrive. Being prepared – whether for post-deal Brexit or for the next market change – presents an opportunity to develop a competitive advantage over your industry competitor who hasn’t. 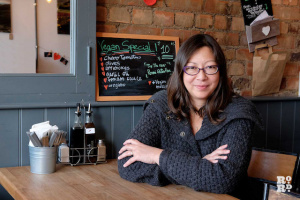 Success? It’s all in the ‘ingredients’ of a business, says Pam Tironi 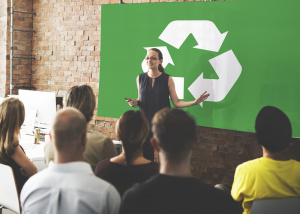