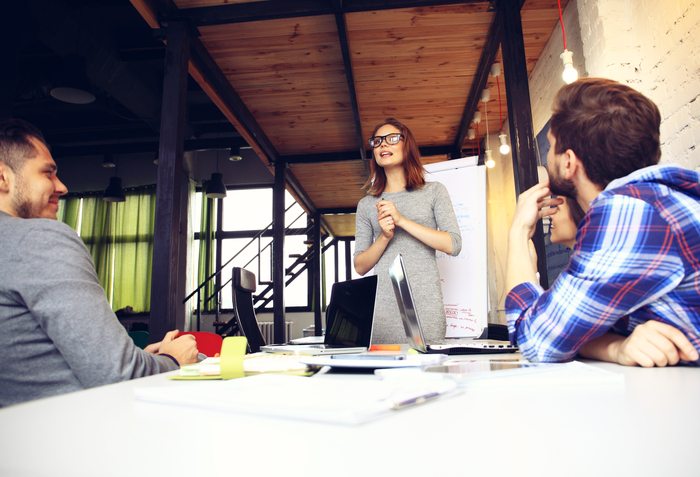 Share via
Numerous studies have been dedicated to Britain’s presentation woes. Take, for example, Barco’s 2016 revelation that nine in ten employees experience ?seriously elevated stress levels? when dealing with faulty technology during meeting and presentations. Employees claimed fumbling around with technology did them no wonders before the “moment of truth”. In fact, last-minute struggles?resulted in people?s heart rates reaching 179bpm ? the norm is around 60-100bpm. It probably didn’t help that 66 per cent tried to sort out the kinks by themselves. Only 50 per cent took the initiative to call the tech crew for help, while 29 per cent simply gave up and went with plan B (whatever that may be). Barco suggested that as a result?of mounting stress before a meeting or presentation took place, 24 per cent?went on to miss important deadlines, with?some even missing out on personal opportunities (13 per cent). But technology isn?t the?preserve of our presentation woes ? we just hate doing it. Public speaking happens to be the thing we fear most. Studies have even concluded that we fear it more than death. Logitech emphasised this point through recent?research, which unveiled 68 per cent of office professionals lack confidence in their ability to speak in front of a crowd. No surprises then that we try to get out of it by any means necessary. Some 32?per cent of British workers would consider calling in sick or feigning an emergency to get out of presenting at work. And despite 74?per cent of women and 62?per cent of men fearing public speaking, 62?per cent acknowledged it would increase?their salary. When it comes to millennials, 69?per cent turned down a speaking opportunity out of fear. The company also highlighted, in its list of presentation woes, that this fear of speaking had a “detrimental effect on the quality of presentations”. As a result,?38?per cent fell?asleep during a?nervous co-worker’s presentation. Once again,?millennials were brought to the fore, with Logitech claiming 44?per cent were significantly more likely to fall asleep in comparison to?than their parent?s generation (28?per cent).? The study also suggested certain industry presentations were more sleep-inducing than others: 1) Tech / science / engineering ? 56?per cent
2) Heavy industry ? 39?per cent
3) Law / government ? 37?per cent
4) Sales / service ? 36?per cent
5) Business / finance ? 32 per cent Image: Shutterstock