In response to growing consumer demand for more vegetarian and vegan options on the high street, Pret plans to convert as many of EAT’s shops as possible to “Veggie Prets.”

The first permanent Veggie Pret was opened in September 2016 and has since expanded to three further locations across London and Manchester. This acquisition is expected to significantly accelerate the growth of this brand.

“The purpose of this deal is to serve a growing demand of vegetarian and vegan customers who want delicious, high quality food and drink options,” Pret’s chief executive Clive Schlee said.

“We have been developing the Veggie Pret concept for over two years and we now have four hugely successful shops across London and Manchester. The acquisition of the Eat estate is a wonderful opportunity to turbo charge the development of Veggie Pret and put significant resources behind it.”

Pret experimented with a vegetarian store in Soho for a month-long trial in 2016.

Pret did not disclose the terms of the deal, but did state that it would notify the Competition and Markets Authority about the transaction.

With Pret currently only having four stores branded as ‘Veggie Pret’, this acquisition will allow for a rapid expansion of the brand, which will allow them to access the growing trend for vegetarian and vegan food, without the need for a site by site roll out.

Pret was acquired by private equity firm JAB in May 2018 in a £1.5bn deal. EAT, on the other hand has been struggling with growing competition in the sector, leading to a loss before tax of £17.2m last year.

Commenting on Pret A Manger’s acquisition of EAT, Phil Hails-Smith, corporate partner at law firm Joelson explains the adapt or die ethos of high street brands across the UK.

“This story is as much about the success of Pret versus its competitors as it is about the failure of Eat. And the failure of Eat means that Pret can buy its sites and immediately rebrand them as ‘Veggie Pret’, which I have no doubt will happen,” Hails-Smith said.

“In turn, this points to the macro trend of veggie and vegan focused food brands becoming more successful.”

“This also suggests an M&A trend in the central London market, as businesses unlock potential and value in new sites without having to pay expensive site by site acquisition costs,” Hails-Smith added.

The acquisition suggests a fresh new opportunity for high street brands across sectors to keep pace with changes in customer demand in the face of rising pressure from higher business rates, rent and wages. 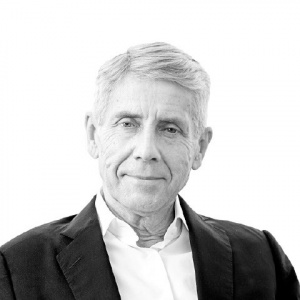 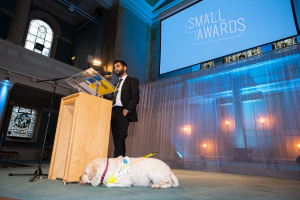 Know when to ask for help: Trauma doctor Amit Patel on rising to any challenge