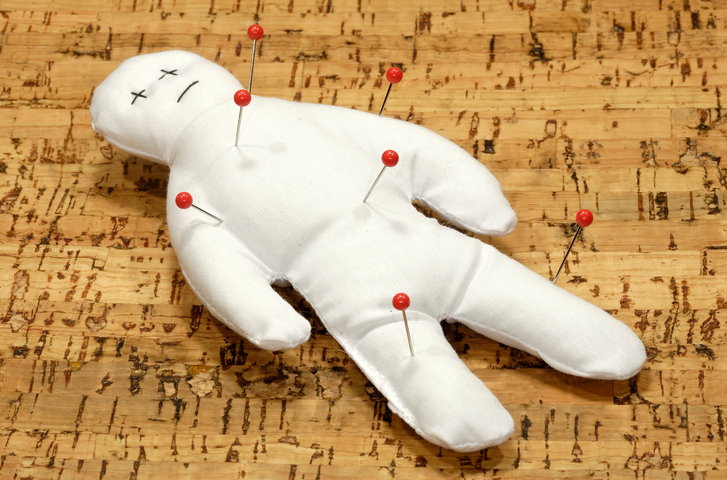 Share via
If you don’t believe that mature adults are willing to get revenge then you haven’t seen the 2015?list compiled by?Protecting.co.uk. It asked the nation for the best or worst, depending on how you view it workplace revenge stories. Boastful employees, and even managers, answered the call. “When staff annoy me, I schedule a long meeting with trivial points on the agenda, and then lie about having to be elsewhere after ten minutes,” one anonymous manager said. “It guarantees a good hour of peace and quiet at my desk. One employee might have even crossed into illegal territory: “My team leader took credit for a 350-page report I wrote and got a huge bonus. I complained and got shifted to the bad debts department. Was it wrong of me to wipe all of his department’s computer files and get him suspended ? Scheduling a meeting with mundane points as punishment is a waste of time. And most bosses are only privy to the information line-managers give them. How would you know they took credit for someone else’s work if no one speaks up?

There’s much that happens in the workplace that goes hidden from your eyes a fact that will become more apparent as your business grows.

But there are ways to prevent such toxic behaviour.

Getting a grip on workplace revenge

We all know what revenge means it’s when you retaliate against someone you feel has done you wrong. But in an environment where the pressure is constantly on to perform, it’s the little things that irk people. And even the most down-to-earth employee can’t escape the urge to get even. As author Tom Tripp explained,?”most workplace revenge is committed by normal, sane employees.” It comes off the back of research he undertook with Georgetown University professor Robert Bies. Out of a pool of 500 surveyed workers, many took to vengeance as they believed HR wouldn’t help them even the score. Take, for example, the story of Biggin Hill Airport’sAlicja Derwich, who took the act of being unfriended on Facebook by a colleague to “magical heights”. She ensured the image of a witch would surface whenever her colleague’s computer was left idle. As a business owner, what would you really do if someone brought such a case forward Especially if the one who had done the unfriending had been recently promoted. There are times where vengeance is far more aggressive, Tripp explained. Such behaviour tends to arise when ‘someone gets in the way of work getting done, when reputation is harmed, when there are insults or someone causes loss of face. But no matter how big or small the response is, revenge has consequences. These will impact your business. Touching upon his findings with Bies in a book, Tripp fleshed out one particular story a respondent told him. “Three employees agreed their boss insisted he be consulted no matter how trivial a decision was,” he said. So they went out of their way to find the smallest decisions to consult their boss on. Because they collectively worked 24/7, they bothered their boss at all hours of the day, depriving him of sleep for weeks. “Their antics prompted a loss of productivity and pushed their boss into a nervous breakdown, which ended his/her career. The business lost an otherwise competent asset. It underscores how unpredictable the consequences of revenge are. Revenge may be, at it’s best, a form of justice, but it’s a sloppy form of justice. Productivity and staff turnover aside, there is a risk that targets will retaliate, creating a circle of pranks which serve to make the situation worse.

What you can do to prevent employees from being victims

The answer isn’t in recruitment. The truth is that a healthy culture and happy workforce will automatically reduce the chances of people butting heads.

Letting people breathe and think of their own wellbeing will create a more positive mood. ?Stop worrying about what kinds of employees you have and start worrying about how your treat your employees” Tripp explained. After all, it’s too difficult to predict who will seek revenge. You can’t give tests to identify who the problem employees are, and you can’t change personalities anyway. But you can predict which organisational and managerial practices spark revenge, and especially those which pour gasoline all over an already sparked conflict. And you can change those practices, at least more easily than changing personalities. “The number one way to improve practice to minimise revenge is to use transparently fair procedures.