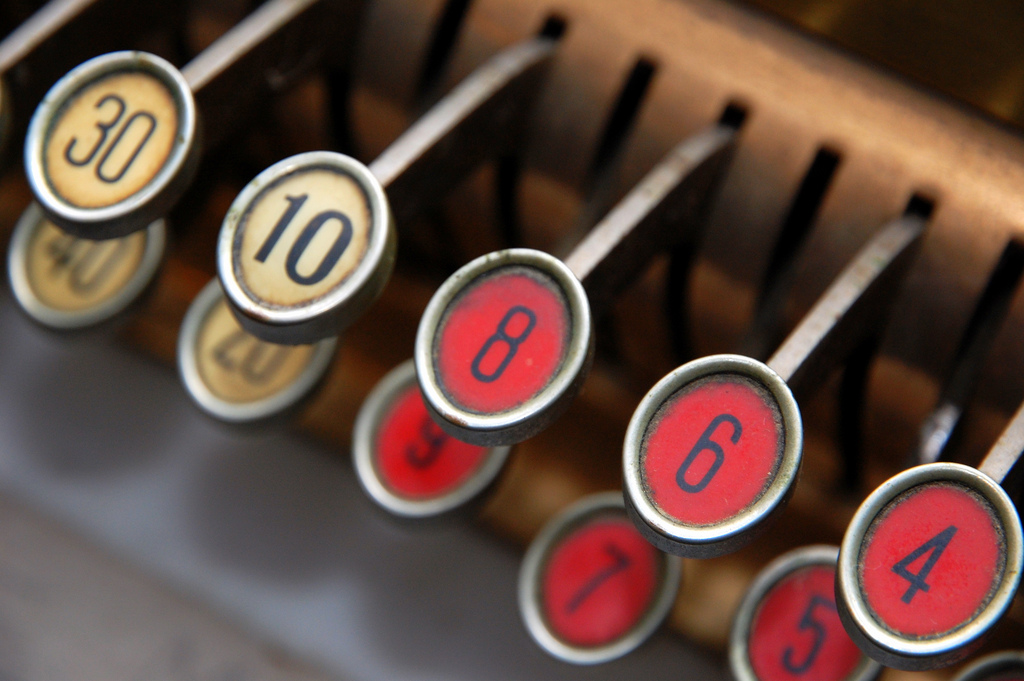 The majority of consumers would suggest that the dominance of prices ending in “9” is some form of subtle psychology, where the price is set by a desire to appear to just below a key price point. For example, ?99.99 seems cheaper than saying ?100.?

The truth is that this is simply a throwback to a period when consumers almost always paid in cash and when no one kept receipts because they couldn?t take anything back. ? Customer wanting to buy an item costing, say, ?10, would offer a ?10 note or two fives, and often not bother waiting around for their receipt. The problem for the retailer was that not all those notes made it into the till. Prices were therefore set at the largest amount that required the shop assistant to give change.?? In fact, prior to the withdrawal of the coin in 1984, the price would have been set ?19.99 ?. The idea of waiting patiently to collect ? p or 1p change may now seem ridiculous, but there was no doubt that people did exactly that.? The use of a 9 is therefore a cash-control measure not subtle psychology. Despite the fact that most consumers now use debit or credit cards for even the smallest of purchases, the use of a “9” remains prevalent based on our familiarity with it and the consequent acceptance that it is probably a ?correct? price.?

One hundred people are asked to grade something on a scale of 1 to 10, where 1 is low and 10 is high. There may be some that have experienced genuine dissatisfaction or delight whose scores may well be 2s or 3s or perhaps 9s or 10s. But the vast majority would score a 7.? Their fear is that a 6 or below may prompt a question ?what did we do wrong? and an 8 or 9 could prompt the question ?tell us what you really liked?. The number 7 has therefore attracted a level of acceptability in many situations. It is also a positive number in Chinese culture, and has attracted a ?lucky? tag in western culture as a result. 7 is simply a non-confrontational score. ? Many businesses have adopted an approach of using round sum prices for clarity and simplicity. ?100 is perhaps seen as deliberately not using the naive ?99.99 trying to ?trick? customers.? Unfortunately, consumers can assume that these “round sums” have been rounded up and that there may be some room for negotiation. This is true of the headline price, ?10, ?100 or ?1,000 but is much more of an issue in business to business organisations offering round sum discounts of 10 per cent, 20 per cent or 30 per cent. These numbers often prompt the supplementary question of, ?Can?t you go a bit further?? ? Just think how you would respond differently if told the price of an item was ?100 or told that it was ?101.67? What if you were offered a discount of 20 per cent compared with a suggestion of 19.87%? The sheer accuracy of the numbers leads customers to believe that they have been carefully calculated and are therefore “right”. This leads to far less debate about further reductions. A major study in the US worked with a major catalogue company printing three different versions of the same catalogue. These were distributed randomly among its customers, such that next door neighbours may have a different version. In one version of the catalogue an item was priced at say $44, in another at $49 and in the third at $54. The text, image and all other details were identical. They tested a number of items with the same approach, and achieved broadly similar results. ? Strangely, the volume of items sold at $44 and at $54 was almost identical, i.e. the cheaper price didn?t sell any more than the higher one. Interesting in itself, and certainly a challenge to the fundamentally flawed view that lower prices sell higher volumes.?? Perhaps more interesting was that the $49 priced item sold 50% more than the volumes at the other prices. The conclusion of the University was that people “believed” the price ending with the 9 because it was the most familiar number, the point covered above. It would have been a more interesting study if they had used 10 different versions of the catalogue using all number from 0 to 9 and see if the “7” sold more than the “9” or perhaps that “3” had the largest impact on volumes? So what is the right number? The University concluded it should be a 9, but only by comparison to prices ending in a 4. What is certain is that when prices end in a 0, and are seem as ?rounded?, the customer feels the price has been made up, or at least rounded up, and they either don?t buy or they will try to haggle it down. The advice to any business is be as specific as you can in both the headline price and discount structures you use, as very specific prices attract far less challenge.? Prices with a 3, 7 or 9, will be accepted as non-confrontational, familiar or “real”, but perhaps a business should test all three and see if any of them are marginally better than the other. The conclusion is certainly that the actual numbers do indeed have a big impact on whether the customer buys or not. Peter Hill is the author of Pricing for Profit,?out now (priced ?29.99) and published by Kogan Page. Picture source