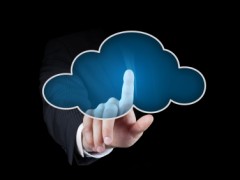 The report finds that public cloud computing pricing is becoming increasingly competitive, with price reductions averaging ten per cent per annum, with private (dedicated) cloud services also seeing a decline in pricing ? as new virtualised services with a high degree of automation are being made available even for the SME enterprise.

Providers such as Microsoft Azure and Google are also reducing their core pricing in order to compete with Amazon EC2, the market leader in public cloud computing, with up to five times the computing power of its competitors.  Furthermore, established software providers, including Oracle and IBM, are now introducing cloud-based services as an alternative to conventional licenced software, with IBM alone reporting that it provides in excess of 100 SaaS services as of the end of 2013.  And the number of cloud service providers are growing, with local providers active in each country market with hosting, telecoms, IT services and software backgrounds all offering cloud services frequently using a white label service from AWS, Microsoft or Google, or developing their own cloud platform from virtualisation specialist VMware. And TCL projects that ” global public cloud revenue is to increase by an average of 34 per cent per annum for the five year period from the end of 2014 from USD ?17bn ” ? up to USD ?46bn as of the end of 2019. By Shan? Schutte