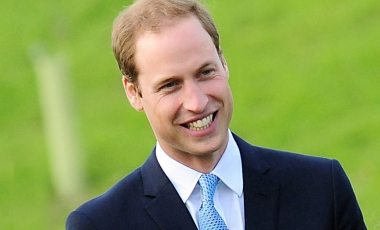 The PR man behind Dragons’ Den, James Caan and Duncan Bannatyne, among others, has called for The Duke of Cambridge to be made Britain’s official business and entrepreneurship ambassador.

“More than one billion people worldwide saw Prince William’s wedding,” says Hillgrove.  “His visibility is immense. He embodies all the brand values that ‘Made in Britain’ products can tap into and take advantage of when selling abroad. Quality, regality fused with youthful energetic vigour.” Prince William completed his final shift as an RAF search and rescue pilot at Valley on Anglesea on Tuesday this week. It is expected that he will now return to his regiment in London, where he will carry out more royal engagements on behalf of the Queen. Hillgrove argues that Britain is seen as a mark of quality and that entrepreneurs can tap into that. “It needs to be communicated effectively. Government campaigns such as the GREAT campaign from the British Council just don’t cut it ? it needs a face,” he explains. “Prince William should become Britain’s Entrepreneur-in-Chief. With him at the helm of Britain’s enterprise push abroad, considerably more export doors will open for British entrepreneurs. There is a ready-made market there for British products, that only Prince William can assist start-up businesses tap into.” Finally, Hillgrove adds that in his recent speech, Cameron was right to defend this “small island” in terms of its influence across the world. “But it will be Prince William that will make the job of selling it to the world on behalf of British exporters so much simpler and easier.” What do you think? Should Prince William be made Britain’s next entrepreneurship ambassador? Leave your comments below.