Having been named as the second most popular person Brits would like to share a snack with, after Great British Bake Off’s Mary Berry, Kelly Brook unveiled the Pringles “flavour cloud”.

Reportedly developed by “flavourologists”, the new technology provides a way for consumers to experience what has been voted the UK’s favourite Pringles flavour – sour cream and onion.

The invention, using what Pringles calls “vortex canon technology” to produce the edible flavour cloud, was highlighted as one of the food developments Brits would like to see in the future.

Clare Furlonger, UK and Ireland snacks marketing director, said: “We wanted to bring the future of snacking technology to consumers today and capture their reactions. We’re celebrating the new Pringles Perfect Flavour in Every Bite campaign with the first ever flavour cloud, which tastes of one our most popular flavours sour cream and onion.”

Pringles said that “imaginations ran wild” in its future food technology survey – with predictions including a pill that delivers all of the flavours in a meal and a snack drawer which automatically replenishes stock.

Pringles ambassador Kelly Brook said: “The future of snacking looks set to be full of fun ways to enjoy flavour – it’s certainly like nothing I’ve experienced before.”

The crisp brand, which is owned by Kellogg’s after a $2.7bn acquisition in 2012, utilised guerilla marketing in 2015 when it played a prank on some holiday makers.

Believing they were singing along to a popular Pharrell Williams song in a private karaoke booth, the friends were then stunned when the walls dropped away and a crowd of 500 people was revealed.

Speaking then, Claire Heskin, digital marketing manager at Kellogg’s, said: “With our summer karaoke kit promotion, Pringles is giving everyone an open invitation to play.

“The Karaoke Prank video created by Isobar has taken this idea and brought Pringles’ playful side to life in a totally unique and hilarious way.”

This is also not the first time that Kelly Brook has been used as part of a marketing stunt. In 2011 she surprised viewers at a cinema in Clapham by handing out bottles of Carlsberg wearing a red jumpsuit while an advertisement featuring her and the beer brand played in the background. 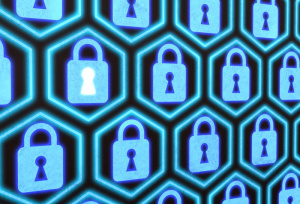 Lessons from the IPSA breach: Why only the new will do when it comes to security