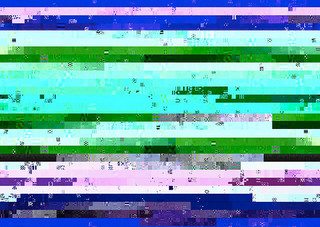 While the level of public sector computer-glitch reporting remained constant during 2011 and 2012, reports on private sector computer problems have tripled, according to software specialist SQS research.

After analysing two years worth of news reports about software and computer failures, covering 964 stories and 245 UK-based organisations, SQS found that the retail sector was the most error-prone in 2011, with 21 per cent of all stories, while mobile followed at ten per cent and banking and local government at six per cent each. In 2012, reports of banking sector computer failures rocketed to 61 per cent of all stories, followed by retail at seven per cent, mobile and education at four per cent, while local government claimed two per cent of glitch stories. Stephen Fice, MD of SQS UK, commented: ?Software is increasingly more complex at a time when private sector firms are under pressure to attract new customers through innovation, and offer a high level of service to retain existing customers. Private sector companies are adopting new technologies at an unprecedented pace, and price-sensitive consumers expect high standards or will search out an alternative supplier. In comparison, public sector IT budgets have been cut or remain static, so new IT systems are less likely to be adopted and consequently fewer glitches are reported.? New trends such as mobile banking, online retail and cloud computing are being adopted by the private sector to remain competitive. New technologies resulting from these trends are not always compatible with existing IT infrastructure, however, and this is where major problems can occur.  Fice explains that ?inadequate requirements gathering continues to be a major reason for poor quality of delivered software projects, and is driving the need to ?shift left? and introduce software quality earlier in the software development lifecycle. If software quality doesn?t move up the private sector?s agenda, then we can expect more reports of IT bugs as technologies become more complex.” Examples of software glitches ranged from banking consumers being unable to access accounts to duplicate payments; while retail sector glitches include overcharged online customers, online deliveries failing to make it for Christmas, festive hampers failing to arrive, Scottish customers paying up to 70 per cent less for their shopping, iPads for ?49.99 and bicycles for ?1. Public sector errors include students sitting the wrong GCSE exam, car park exit barriers only operating for Spanish speakers, approximately 164,000 pensioners charged at least ?800 each after being sent the wrong tax code and car park lights being left on for four months racking up an estimated cost of ?28,000. View next page for sample errors from the banking, retail, mobile and sports/olympics sectors… Image source By Shan? Schutte