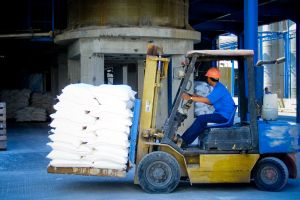 UK employees spend on average 4.7 hours a month addressing problems with suppliers, however, delving deeper into the figures reveals the true cost to business could be even higher. Senior managers and directors are disproportionately more likely to be responsible for dealing with supplier issues, increasing costs by diverting their focus from growing their business to deal with suppliers, according to the Institute of Customer Service.

Nearly 60 per cent of executives earning over ?100,000 a year spend on average more than one day a month dealing with the consequences of suppliers getting something wrong. This number falls to less than 28 per cent for executives earning between ?90,000 and ?90,999, and drops even further to under five per cent of people earning between ?10,000 and ?19,000 a year. By and large, the more you earn, the more time you spend on dealing with the consequences of suppliers getting something wrong. Jo Causon, CEO of the Institute of Customer Services, comments: ?Resolving customer and, particularly, supplier issues is consuming a significant amount of senior executives? working week ? time that could be spent on developing new and innovative services which drive growth. With so many organisations operating complex supplier networks, the quality of relationships – with both customers and suppliers – is central to improving an organisation?s performance.? Up until the most recent UK Customer Satisfaction Index (UKCSI), released in July, each successive biannual report showed improvement in customer service. The latest report revealed that customer service has plateaued, suggesting that organisations need to recalibrate their focus on customer service in order to take full advantage of a return to growth in the economy. Customer service is a proven driver for business growth – companies that invest most time and effort into providing the highest quality customer service have a real advantage over competitors. Statistics show these companies have consistently outperformed the competition during the economic slowdown. It is important to maintain this effort as business confidence improves to avoid the expensive knock-on effect of poor service on the rest of the UK economy as it grows. Image Source By Shan? Schutte