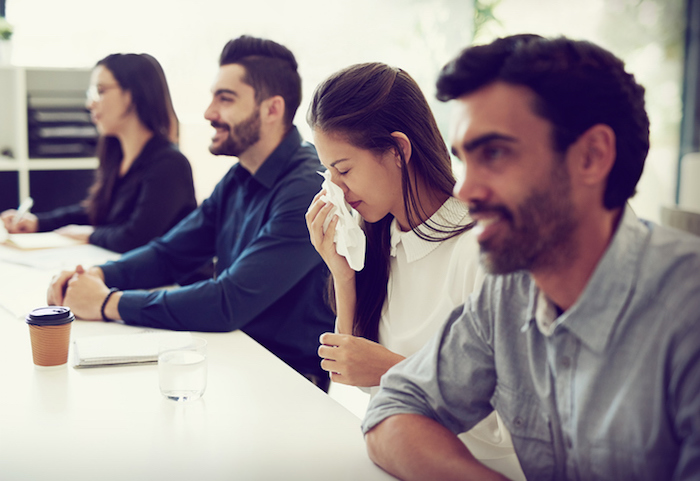 The report, according to CIPD?president Cary Cooper and?senior policy adviser Rachel Suff, was written with the hope of championing healthier workplaces.

“After surveying over 1,000 HR professionals, we found some underlying trends” the two explained. “Some 22% report mental ill health as the primary cause of long-term absence compared with 13% in 2016, and there has also been a significant increase in the number of reported common mental health conditions among employees in the past 12 months.

“Why is this the case? Employers? recognition of mental health as a workplace issue has clearly increased in recent years, and it?s encouraging that our survey shows the proportion raising awareness of mental health across the workforce grew from 31% in 2016 to 51% in 2018.

“But if levels of work-related stress and mental health-related absence are not improving, then a stubborn implementation gap between aspiration and practice will remain. The reasons for this are manifold, and some of the factors affecting people?s psychological health are external, outside the organisation?s control.”

An ageing population, Cooper and Suff suggested, has placed more pressure on companies to ensure a work?life balance is properly maintained. Wider political and economic factors ? such as the uncertainty dredged up by Brexit ? can also influence people?s sense of wellbeing. What’s more, the CIPD found that 87% of respondents were simply unable to switch off when at home.

With our personal and business lives becoming more intwined, companies have had no choice but to adapt. The stress of both will pile up into a heap so great that eventually we collapse. The trick, companies have said, is to spot the signs and tailor support before it comes to that point. Encouraging people to take that necessary time out of the corporate game is paramount.

Otherwise, as the CIPD respondents pointed out, you could find your company mired with presenteeism and leaveism.

“The presence of ill people at work can be more costly to the business than their absence, not only if illness is transmitted to other colleagues, but also because ill employees are more susceptible to costly mistakes, take longer to recover from their illness and cause lower workplace morale,” the CIPD duo reminded. More importantly, their productivity takes a hit ? and their lack of enthusiasm can spread to other members of the team.

Some 86% of companies have observed presenteeism over the past 12 months, an increase from 72% in 2016. Only 8% reported a decrease is this area.?Perhaps its unsurprising that the CIPD worried companies were turning a blind eye to the issue.

Line managers, it seemed, were a key factor in turning the tide. In fact, they were praised as the main reason why presenteeism was being reduced at certain companies.

“More than four-fifths of companies taking adequate steps report that presenteeism is being tackled through managers sending home unwell employees, while two-fifths are providing training/guidance for line managers to spot warning signs,” the report explained. “Line manager have also become role-models by not working when ill.”

Leaveism,?a trend where employees use allocated time off to work or if they are unwell, was reported by 69% of respondents.?Nearly three-fifths suggested that employees were working outside contracted hours. Intriguingly, companies with a presenteeism culture were more likely to observe leaveism as well.

Of course, with wellbeing now in the limelight, more companies are trying to discourage leaveism, primarily through better guidance and training on spotting the signs of mental ill health.

18 Jan 2021
We use cookies on our website to give you the most relevant experience by remembering your preferences and repeat visits. By clicking “Accept”, you consent to the use of ALL the cookies.
Cookie settingsACCEPT
Manage consent