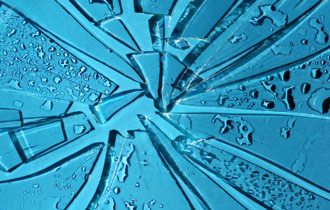 “Bank lending to SMEs has gone into reverse throughout Europe. If something isn’t done about it, business growth will disappear,” warns Gary David Smith, co-founder of Prism Total IT Solutions.

“I know personally of several profitable businesses that have seen their bank charges rise in the last few months and the Bank of England has reported that many small businesses are losing their overdraft facilities completely.” The Bank of England recently published its survey into business conditions in Britain, reporting that SMEs often say that even when they have managed to find a loan, interest rates and fees have then increased “over the last few months”.

“Banks are happy to lend to big businesses because they can make their money on charging for all sorts of other banking services. But for small business, even profitable ones, the situation is dire,” says Smith.

“It is Britain’s SME sector that will have to fuel our financial recovery and create the new jobs that we so desperately need. Without credit, that is going to be virtually impossible.”

According to Experian, more than 50 companies fail every day. Some 1,564 companies became insolvent in April and 688 of those had ten employees or fewer.

An annual report into financing SMEs from the Organisation for Economic Co-operation and Development (OECD) also concludes that small companies will face credit difficulties for some time.

“The combination of weak economic growth and tough funding conditions is a perfect storm for many smaller companies,” says deputy director of the OECD’s Centre for Entrepreneurship, Miriam Koreen.

Smith adds: “Of course, everyone understands that banks have to put more aside than they did to guard against collapse, but lending to profitable businesses at a reasonable rate is the bedrock of what their business is.”