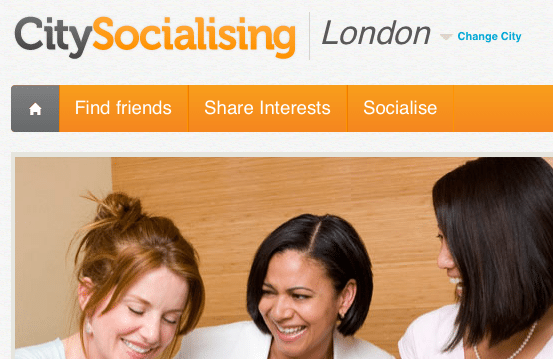 CitySocialising has secured £1m in funding from PROfounders Capital to invest in the expansion and development of the business. CitySocialising is a subscription-based socialising network for people to meet new friends in local UK cities.

The Series A round investment, which follows early-stage backing in March 2009 by the London Business Angels network, was led by PROfounders Capital’s Brent Hoberman and Michael Birch. “It’s exciting to see CitySocialising operating in a unique way within the Online2Offline space by successful combining online social networking with genuine relationship-building in the real world around events,” says Michael Birch, co-founder of Bebo, which he sold to AOL for $850m in 2008. “They’ve made great progress so far in organically developing a loyal and mobilised community and I’m looking forward to working closely with them to innovate further.” PROfounders Capital’s £1m investment will focus on product and mobile development and expansion, along with recruitment of key people for the business. Since its launch in London in January 2007, CitySocialising has bootstrapped its expansion into 20 UK cities, attracting more than 100,000 users and helping to organise more than 600 group socials every month. Sanchita Saha, CEO and founder of CitySocialising adds: “Winning the backing of such prolific tech entrepreneurs such as Michael Birth and Brent Hoberman is as incredible for us as the investment itself. We’re very much looking forward to leveraging their collective knowledge and experience.” PROfounders Capital is one of the more entrepreneurial VC firms in the UK, with other investments including Made.com, TweetDeck and Keynoir.