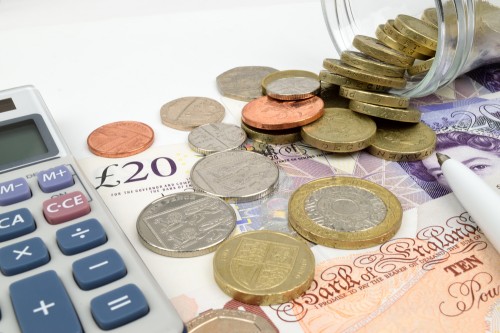 Importers and exporters can expect a range of challenges, and even benefits if by acting smartly. With months until the referendum in June, it would be wise for businesses to review any currency strategies.

For businesses trading across the channel or across the pond, Brexit will have an impact on trade. Just the threat of Brexit is being viewed by investors as bad for the UK economy – this fear has recently caused some serious dips in the pound. This has already hurt importers, certainly those without any form of currency protection in place. It’s worth noting that there’s still over three months until the referendum in June – so you can expect things to become a bit more volatile. Some big banks are predicting that sterling could fall by another 20 per cent should voters chose to leave the EU in June. The pound fell by 30 per cent in less than half a year after the UK pulled out of the European exchange-rate mechanism back in the 90s, so such a prediction when it comes to Brexit is certainly possible.  Read more about Brexit: It won’t just be tough for importers – the uncertainty will make it difficult for a lot of UK businesses, including exporters, to budget and protect the bottom line amid increased currency volatility. Political uncertainty, and even concerns about Scotland remaining part of the UK, are already cropping up, and the Bank of England may have to rethink some of its monetary policy. The move could also cause global businesses to pull its headquarters or major offices out of the UK, which will of course have knock on effects to jobs and the UK’s employment rate. This is all not to say there aren’t, of course, benefits to leaving the EU – some bosses might find there’s a lot less red tape to cut through, or that they’re freed up from specific rules and regulations. This back and forth on the pros and cons is exactly what’s causing the uncertainty in the markets at the moment. Ultimately, there are no clear cut implications of an “in” or “out” vote. Below are some tips for importers and exporters on how to best manage currency and protect your business’ bottom line in the coming months. Try to negotiate better prices with your suppliers, particularly if you’re an importer – every supplier should know the pound has fallen a lot in the past few weeks and is continuing to fall, so take advantage of any leeway to re-negotiate lower prices with international suppliers. Secure favourable currency rates now – forward contracts let you lock in your rate now and then complete the payment in the future. This protects you against sudden dips in the market, and will prevent you losing out to any further fall in the value of sterling. On the flip side, if you’re a UK exporter you can lock in favourable rates now. GBP/USD is at a seven year low, so you should also consider this option if you’re getting paid in dollars. Look into the hedging tools available to you – one option is a limit order – useful if you’ve got a bit of time on your hands and you think the exchange rate will get better. With a limit order you chose your ideal exchange rate, and the currency is then purchased on your behalf once this exchange rate is reached. Many companies prefer to use a cost averaging strategy, where they hedge a percentage of their future currency exposure with a forward contract and leave the remaining percentage open to take advantage of potentially favourable market movements with exchanges made on the day.  Go rate shopping – for the best exchange rate you need to do your research, and you’re unlikely to find it at your bank. A bank will typically quote you a rate between 3­5 per cent different from the interbank exchange rate (the rate that banks quote each other, typically lower than what they offer their customers). Try getting a few quotes from established, FCA-regulated foreign exchange companies. Just be careful though, as some companies may entice you in with super competitive rates, only to push up your pricing margins once you’ve done a few transactions. Ask questions around pricing transparency and rate consistency before you do sign up, as you do not want a surprise further down the line. Get to know what’s happening in the currency market – talk to an expert and ask questions about how currencies relevant to your requirement have performed or might be set to perform. Try to get a feel for what impacts the value of the pound and any other currencies you buy and sell. Brexit is obviously the major event for the pound right now, and keeping up to date on the news will help you to negotiate the currency markets. Whether or not a business is pro-EU, it needs to have a robust currency strategy in place, or it could face significant risk to its bottom line in this year of extraordinary instability. Similarly, British SMEs trading internationally are at ever increasing risk of being plunged into confusion over currency volatility – find out how. Alex Edwards is head of the corporate desk at UKForex, part of the OzForex Group.