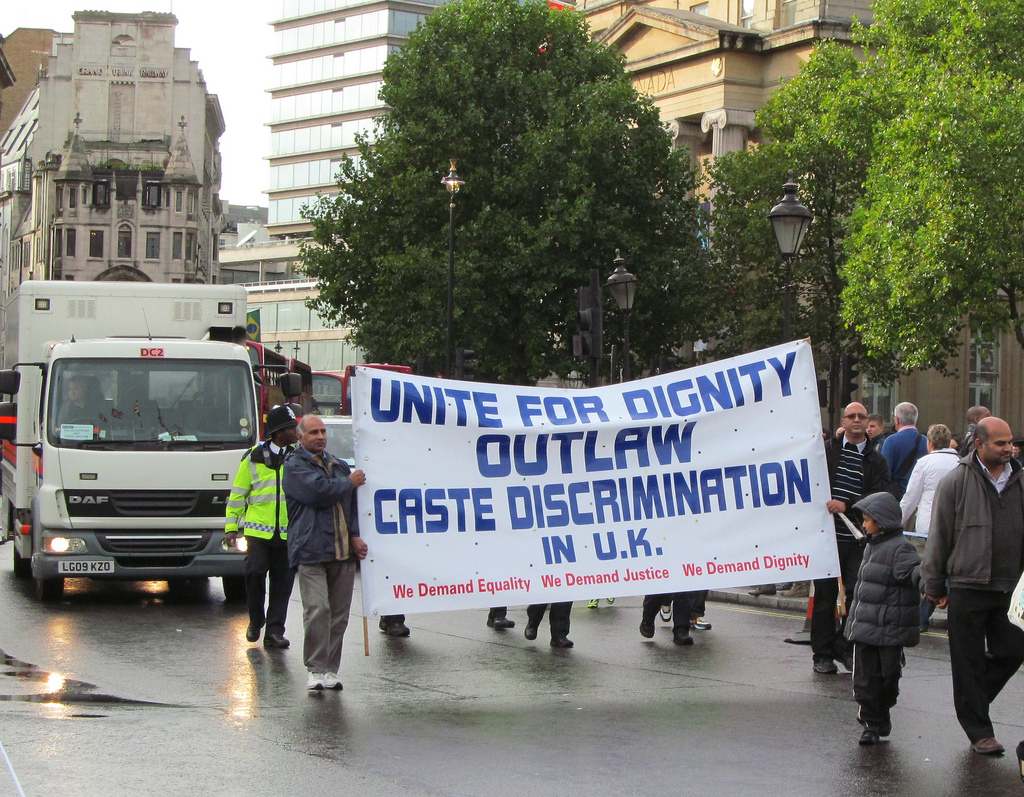 The timetable for action follows a study into the prevalence of the issue, which was commissioned in 2010, and is hot on the heels of the UK employment tribunal case of Tirkey –v- Chandok ET/3400174/2013. This case held that the definition of race in the Equality Act 2010 is wide enough to encompass caste.

What does “caste” mean?

The Oxford Dictionary (online) suggests that caste originates from: “Mid 16th century (in the general sense ‘race, breed’): from Spanish and Portuguese casta ‘lineage, race, breed’, feminine of casto ‘pure, unmixed’, from Latin castus, ‘chaste’.” The caste system is a traditional social stratification, which has its roots in the Hindu tradition although, according to a 2014 article in the Equal Opportunities Review, caste differentiations are connected with all of the major religions in South Asia, including Christianity and Buddhism. They encompass various classes which are connected with traditional occupations and are ranked on a perceived scale of ritual purity.  The definition of race in section 9(1) of the 2010 Act includes colour, nationality, ethnic or national origin. Despite fierce debate on the subject in the House of Lords, the Government chose not to extend protection to caste discrimination when the Equality Act 2010 was originally passed but included a power for the Government to provide that caste could be added to the definition of ‘race’ (at section 9(1) of the Act) at a later stage.  The Government argued that more research was needed prior to legislating on the issue to determine the nature, extent and severity of caste discrimination in Britain. A significant consideration on the part of the Government was that caste-related issues in respect of existing laws had not by that point been tested in the courts.

What is the extent of caste discrimination and harassment in Britain?

The Government duly commissioned the National Institute of Economic and Social Research to investigate the subject and the NIESR published its report entitled ‘Caste discrimination and harassment in Great Britain” later in 2010. The report found that caste awareness was concentrated amongst people with roots in the Indian sub-continent (5 per cent of the population), that is it not religion-specific and affects members of any or no religion. The report identified evidence which highlighted caste discrimination and harassment of the type covered by the Equality Act in education (pupil on pupil bullying), the provision of services (provision of personal care and access to day centres) and in the workplace (bullying and less favourable treatment associated with recruitment, promotion and task allocation).  The discrimination and harassment was found to have been carried out by higher castes against lower castes, and the report estimated that the size of the low-caste population in Britain varied between 50,000 and 200,000 or more. The consequences of caste discrimination were found to include reduced earnings, social isolation, depression and loss of self-esteem and confidence.  Furthermore, the report stated that while individuals may reject the idea that they belong to a particular caste, they may still be regarded by others as belonging to a caste. Therefore, the debate about the definition of caste and the traditional distinctions imposed by the caste system continue to court controversy.  Although an educative approach to reduce caste discrimination and harassment was suggested as an option going forward, the study concluded that caste-specific legislative provisions would be more effective to combat the issue.