In April 2013 it is estimated that on average the pay of the public sector was between 2.2 per cent and 3.1 per cent higher after adjusting for the different jobs and personal characteristics of the workers.

After further adjusting for the different organisation sizes between the public and private sector, in the same month of last year the average pay of the public sector was between 1.3 per cent and 2.4 per cent lower than the private sector. 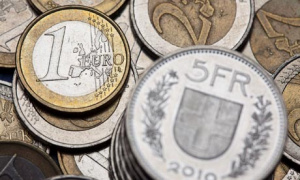 How to side-step the banks when making international payments

British workers most inspired by dead or retired males