Speaking at the start of Oslo Innovation Week 2016, a five-day event bringing together startups, established companies, government organisations and investors, industry leaders from Israel and Norway took to the stage to reveal how each country is more than competing with larger ones.

Anya Elden, from the Israel Innovation Authority, said Israel had been “extremely successful” in entrepreneurship and innovation for many reasons, the main one being based on the fact that it is a small country with no market.

“It makes our startups think globally from the very first. Our Isreali businesses establish with global business models,” she explained.

“Another thing is that we are very innovative and entrepreneurial. We have about 1,000 new startups each year and about 7,000 operational at any given time – with a very large venture capital industry. I should also say that government policy has been very consistent over the last 20 years, and that has been a big driver. Our policy is based on public/private partnership, everyone says that but we implement it.”

Putting the argument forward for Norway, the host of Oslo Innovation Week and home to the fastest-growing capital in Europe, was Anita Traaseth. Reflecting the event’s focus of “Power Couples”, she said that entrepreneurship and innovation are tools that are not used much when it comes to building relationships between countries – for diplomatic work.

“When you talk to entrepreneurs, they do not talk about politics – they are talking about solutions and perspectives for the future,” she added. “In that way, innovation should be used for working diplomatically. Israel and Norway are sharing experiences on how each are working with innovation policy. We think it is important that we build relationships between countries. It’s about how you attract talent as well as investors – working across borders with new rules.”

High-tech Israeli businesses are responsible for 50 per cent of GDP, and ten per cent of the population is involved in the sector. The goal going forward, Elden revealed, is “inclusive innovation” – bringing it into new sectors and incorporating new populations into innovation and international collaboration.

“We have over 60 bilateral agreements, nine with China,” she added. “We are cooperating with a lot of European countries, and we can learn from Norway a lot about cooperating in collaborative ways.”

The Oslo Innovation Week event listing is bringing together many smaller nations that perhaps wouldn’t attract quite so much attention on other stages. Alongside Norwegian and Israeli businesses, speakers from Estonia, Denmark and Sweden are bringing their country’s perspectives forward.

However, Traaseth is of the belief that being small in this the fourth industrial revolution is an asset, calling them the “little engines that could”. “We don’t have a big home market either [like Israeli businesses], and have to scale but also make sure we leave huge parts of value creation in our countries so we can ensure national economic growth and job creation,” she said.

“Size is not an issue, just look at Estonia. When I was there last the White House was visiting to see how they do e-government. It’s about capitalising on the advantages you have and then use coupling.”

Norway and Israel, despite having similar populations, have wildly contrasting economies. While Israeli businesses in the high-tech sector make up a chuck of its output, Norway still relies heavily on its natural resource supply. However, clever management of its worth has seen the Scandinavian nation built up a sovereign wealth fund worth around $900bn – or $180,000 for every citizen.

Oslo Innovation Week is just one example of the nation’s efforts to diversify, taking advantage of a strong economy, multicultural population and location within Europe.

Being honest and blunt, Traaseth admitted that the country has done things the way they’ve been doing them for many years. What is needed, she admitted, is informed polices and tools that are based on the needs of the users – not created by bureaucrats. It needs to be done in the language of both new startups and existing companies.

So what kind of culture works best for small countries such as Israel and Norway, if each want to compete against the likes of the US, UK and Germany? Elden believes the growth and global attraction of Israeli businesses has a lot to do with not being afraid to fail. She and the government encourage entrepreneurs to not shy away from it.

“We as a government should encourage people in every sector to take chances, that is what innovation is all about. Also, one of the most important contributions a successful entrepreneur can make is to help others – and one thing we see a lot in Israel is the mentoring network.”

Both women, despite calling themselves bureaucrats, seem to be driving policy that is based on leveraging the naturally-held skills of each country’s entrepreneurs and actually listening to what they want. It’s a refreshing change. 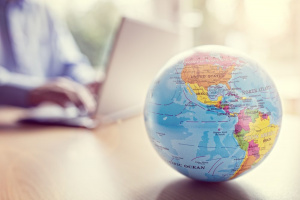 The UK venture capital scene is bucking a global trend