In September we had American Express review the condition of UK plc amidst the arrival of a new £5 note and more, but this time around for October, we’ve got some highly insightful PwC business analysis – to give British SMEs a good idea of what’s going on.

It’s part of our monthly SME Economic Corner feature, in which Real Business hears from an executive at a professional services firm to get their thoughts on the latest business developments and what the economic condition of the UK marketplace is.

But before some PwC business investigations, let’s recap. The government’s Business Population Estimates report for 2016 was released halfway through October, at which time it was revealed there are now 5.5m companies in operation nationwide – a new high and an increase of 97,000 year-on-year.

Business and energy secretary Greg Clark said: “Britain’s businesses are the heroes of our economic revival and it is great to see the number of businesses rise by over a million since 2010.”

We had to highlight the firm’s own study as PwC business research found stores are closing at an alarming rate of 15 per day.

Here’s what Paul Lantsbury, senior finance partner at PwC, had to say about the UK marketplace.

(1) The government revealed this month that, at 5.5m, there are more British businesses than ever before. What do you believe the main driver of this growth has been?

This is potentially due to a number of factors. The traditional employment system has changed. The concept of having a job for life is rare these days and hence the lack (or perceived lack) of job security has resulted in more people deciding to set up on their own.

The advent of the internet has made it possible to buy anything from anywhere and sell to anyone anywhere, requiring a fraction of the overheads of traditional retailers and enabling businesses to reach almost any customer niche, wherever they physically happen to be.

Further technological advances such as cloud-based applications have given small businesses the same powerful tools that were previously only available to large firms, i.e. from website creation and payment processing to marketing and customer service.

The wider availability of consumer credit plus the accessibility to non-traditional forms of finance, such as crowdfunding, have made it easier to fund a startup business.

(2) Do you feel that the Brexit will prevent this figure from continuing to grow?

Not necessarily, based on PwC business research around Brexit. Dependent on the type of new business, some will be more directly affected than others by Brexit, such as:

(3) What advice would you have for business leaders that have pumped the brakes on plans to take the company forward as Britain moves forward with plans to leave the EU?

Brexit has resulted in some risks but has also resulted in opportunities which the best-run SMEs will be able to capitalise on. Whilst all businesses should proceed with caution, those that do nothing for the next two years – the time it will take to formally exit the EU – will be left standing by those innovative businesses which continue to adapt and take advantage of the changing political and economic landscape.

(4) PwC business research found, this month, that despite the volatile state of sterling, Brits are keen to book a holiday as a spending priority. Given that travel businesses look set to benefit from this trend, how can they stand out from rivals?

By helping customers to lock in the price now by encouraging them to pay upfront, and eliminating currency fluctuations in foreign supplier payments through forward contracts or keeping funds in a Euro/USD bank account.

(5) Which other sectors look to benefit from consumer spending?

UK tourism, as a result of the expected increase in overseas visitors due to the devaluation of the pound and the rise of staycation by Britons impacted by the volatility of sterling.

And as UK consumer spending remains relatively buoyant, UK retailers should also be boosted by overseas visitors. Additionally, those which trade particularly strongly overseas will benefit.

Elsewhere, the home improvement sector is likely to benefit by those opting not to sell their home due to the current uncertainty, instead focusing on improving their current home.

(6) PwC business research also found that 15 stores are closing each day, amounting to 2,656 in H1 2016. Online is a main factor behind this pattern, so what can businesses do to keep doors open? Is there still a place for storefronts?

There is definitely still a place for bricks and mortar stores, but it is essential to adapt to effectively differentiate themselves from an online offering.

Physical stores can offer a much more exciting and engaging retail experience that can’t be matched online. Such stores are uniquely placed to build up a personal rapport with their customers, really showing off their personality and being able to deliver much higher levels of customer service than their online equivalents.

Building on the above point, customers crave interaction with others, something which is incredibly difficult to build online. The best stores will engender that feeling of community, which will result in customers coming back time and time again.

Whilst the internet is ideally placed to sell “commoditised” items and therefore primarily competes on price, physical stores are much better placed to sell local, unique, or differentiated products because consumers today as just as concerned about where, how and why those items are produced – i.e. the story behind them – as they are about anything else. The huge increase in the number of farmers markets is a case in point.

(7) The UK ranks eighth globally for research and development spend with £16.5bn last year. What are the most impressive innovations we’ve seen from British businesses?

(8) Just how important is it for our SMEs to keep investing in research and development?

This is critical because innovation creates demand which creates new market opportunities for SMEs. This in turn allows UK businesses to grow, employ more people and make a significant contribution to the UK economy. HMRC provides significant tax incentives for R&D expenses and the definition of R&D is much wider than you might think. 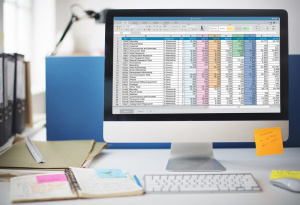 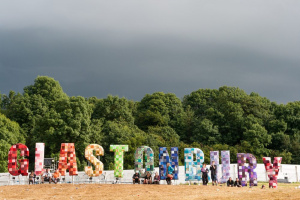