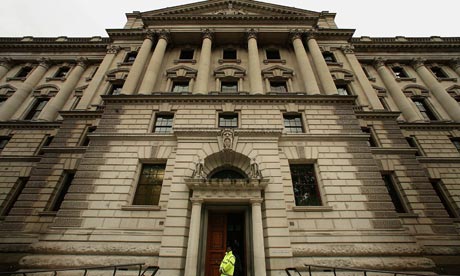 A rare and courageous review commissioned by Sir Nicholas Macpherson, permanent secretary to the Treasury, found that staff turnover in the UK Treasury was three times higher than anywhere else in the civil service.

“Such high turnover is more commonly found in semi-skilled parts of the service sector such as call centres or hospitality,” said the review’s author Sharon White, in a put-down worthy of Maggie Smith in Downton Abbey.  Even worse, more than half its policy advisers have been in the role for three years or less. As one Treasury official told White: “There has been a lot of turnover and it is difficult to find out what has been happening in relevant policy areas.” This frightening lack of experience explains a lot when it comes to figuring out why SMEs find most of Whitehall’s attempts to understand their world haphazard and amateurish.  Take, for example, the Breedon Review on access to finance for SMEs, which was designed to help Osborne and co understand their policy options.  Not a single entrepreneur or small-business owner made it onto the taskforce. Indeed the three taskforce members who showed up at the review’s launch at the ICAEW consisted of: Tim Breedon, CEO of Legal and General (main business experience: creation of passive fund index investing); Julian Franks, a professor at London Business School; and Charles Roxburgh, a director of McKinsey.  Moreover, Breedon admitted at the launch that they had only been commissioned to look at debt finance and to ignore equity finance, thus making the whole thing very lopsided and incomplete. Even the useful finance initiatives that Osborne announced in November’s Autumn Statement had started to fall apart by the time he got on his feet in last month’s Budget.  Take the EIS and VCT schemes. Instead of raising the annual investment limit for qualifying companies from £2m to £10m, it was cut back to £5m. Brussels has reminded the bright young things at the Treasury (average age: 32, according to the redoubtable Sharon White) that any more would break State Aid rules.  Even the £5m has yet to be approved by the Eurocrats so, for now, we are back down to the old £2m limit!  This is simple incompetence. Either the Treasury should possess sufficient financial acumen to be able to put Brussels back in its box or it should make sure it doesn’t serve up a policy it can’t deliver on. Sharon White recommends that the Treasury “place greater emphasis on experience, expertise and people management in its promotion and reward policies”. Until it does, the ability of big business to elbow out SME interests by dazzling young civil servants and ministers will continue unabated.  Evidence of such was seen in a letter to the FT last week where the writer pointed out that the PM’s Business Advisory Council includes just one token entrepreneur (Sir James Dyson) among a plethora of “big company” men and women. To quote from the letter: “The truth is that SMEs tend not to employ lobbyists, make generous donations to political parties or offer sinecures to retired politicians and mandarins. As a result, the public policy needs of these entrepreneurial businesses making their way in the world will always be subordinated to the interests of those already seated at the top table.”  Until the Treasury starts recruiting more staff who actually have experience of what they are talking about, SMEs and their supporters will continue to whistle Dixie.