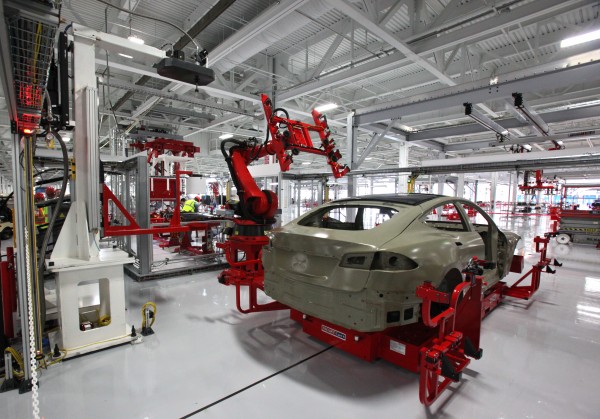 According to trade body EEF’s report ?Backing Britain ? a manufacturing base for the future?, businesses are bringing production back to the UK at an increasing rate, due to diminishing cost advantage in China and Eastern Europe and Britain’s reputation for quality.

This gradual trend is set to continue, with six per cent of companies saying they are planning to re-shore production in the next three years. The report also found that 40 per cent of companies saw rising turnover as a result of moving production back to Britain, while employment and profits have increased by 60 per cent. Terry Scuoler, EEF chief executive, said: ?The trend may be gradual but is highly encouraging to see more re-shoring continuing. While it will always be two-way traffic, the need to be closer to customers, to have ever greater control of quality and, the continued erosion of low labour costs in some competitor countries means that in many cases it makes increasingly sound business sense. ?It is now key that government policy supports the most competitive business environment possible so that we continue to see more high value innovative manufacturers invest in and sell from the UK.? Business secretary Vince Cable is set to back the rebuilding of ‘British manufacturing prowess’ by providing millions in funding to help companies bring back production from overseas. Cable is expected to say at tomorrow’s EEF’s national manufacturing conference: ?Britain winning back business on the basis of quality and good performance is a good characterisation of the sort of industrial strategy that I have been promoting. We are now seeing a number of encouraging signs of production returning to the UK.” He will also announce nine more winners of ?53m in grants from the Government’s Advanced Manufacturing Supply Chain Initiative, a ?245m fund designed to help businesses strengthen their UK supply chain. The survey, co-produced with law firm Squire Sanders, found that companies see quality and brand reputation as their main source of competitive advantage. This is followed by customer service and on-time delivery, while in contrast, only 17 per cent of companies are seeking to compete on cost. The quality of products and components were cited by over a third of companies as a main reason for re-shoring production, closely followed by speed of delivery and minimised logistics costs. Image source