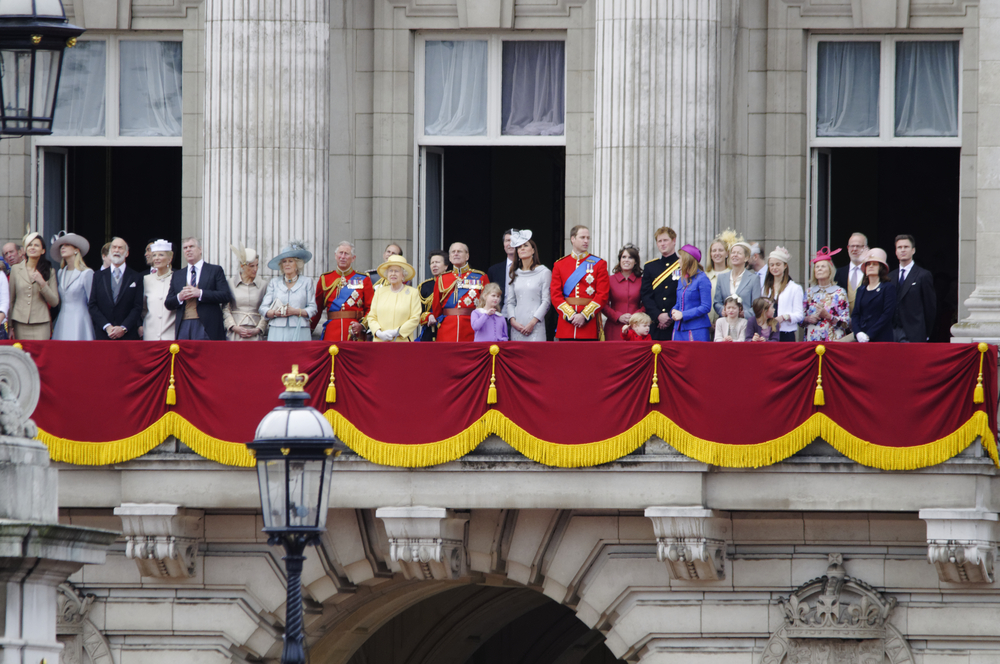 The British public have a lot to thank the royals for when it comes to occasions related to noble blood. In 2011, the Royal Wedding gave us a government-approved day off on 29 April and then there was the four-day weekend due to an extra bank holiday we received for the Queen’s Diamond Jubilee in June 2012.

However, businesses weren’t quite as happy about the time off as the staff and at the time of the wedding, TUC general secretary Brendan Barber slammed the companies which insisted employees work. He said: While most people are likely to get paid leave on 29 April as a result of their employer’s goodwill, a significant minority of tight-fisted companies have decided to ignore the national mood and insist on keeping staff chained to their desks while everyone else is enjoying the bank holiday.

Not offering paid leave or overtime will rebound on employers as they risk demoralising their workforce and damaging their reputation amongst their customers. We have today asked the government to raise the minimum standard for paid holidays to ensure workers are legally entitled to receive at least a day off in lieu if they are asked to work on the Queen’s Diamond Jubilee holiday next year.

Despite the campaign, the Diamond Jubilee Bank Holiday was still met with hostility from SMEs as 62 per cent at the time said they were going to open as usual and demand employees work or take the day out of their holiday allowance.

The birth of Prince George, otherwise known as #RoyalBaby on Twitter where the announcement of his birth generated 2m tweets within 24 hours, didn’t mark a public holiday, which is either good news or bad news depending whether you’re an employer or employee. Still, there’s an opportunity a work respite may be put in place as Kate Middleton is expecting her second child in 2015.

And that’s not the only royal celebration to take place next year.

Queen Elizabeth is already the longest-lived monarch but she set to become the longest-reigning monarch on 9 September 2015, succeeding great-great-grandmother Queen Victoria who held the throne for 63 years and 216 days.

The day will undoubtedly be an event that is viewed and celebrated globally, and one can only assume a spike in the amount of travellers heading to London at that time to make a beeline for the ruler’s capital city haunts while wildly throwing money at stores selling Union Jack merchandise.

That essentially means our Liz herself is a brand and, in turn, a business albeit one that probably won’t need crowdfunding to secure investment.

Having said that, the Queen brand has a significant number of expenses to manage. After all, the Duchess of Cambridge has become something of a fashion icon for many women worldwide and the designer dresses, which should perhaps be viewed as her uniform, have to be paid for somehow.

Aside from work attire to worry about, the Queen has 1,200 employees 450 of whom are paid by taxpayers in areas including: catering and hospitality, gardening, finance, secretarial, media relations, marketing, human resources, IT, property surveying and maintenance, equine management, visitor management and retail, furniture restoration, curatorship and strategic planning and research.

In June, updated figures on the Sovereign Grant, which funds the royal household with taxpayer money set at 15 per cent the income of the Crown Estate, was set at 36.1m (around 56p each) for the year March 2013-2014 at a rise of 1.9m year-on-year.

The grant’s official description is: This is the amount of money provided by government to the royal household in support of the Queens official duties, including the maintenance of the occupied royal palaces.

Expenses were at 35.7m payroll alone is 18.2m and other staff costs are at 1.3m, while property maintenance was 13.3m ( £3.4m was spent refurbishing the Kensington Palace apartment of Prince William and Kate), travel was 4.2m and utilities were 3.3m.

But for her fellow brands and businesses, her majesty is an indirect source of funding with a UK retail effect of 508.9m at the time of the Diamond Jubilee, according to the Centre for Retail Research which said negativity from companies around lost profits due to closures was greatly exaggerated.

Broken down, the impact figure of more than half a billion pounds comprised celebrations and retail shopping at 53.3 per cent with 271m, souvenirs at 38.6 per cent with 196.7m and an extra tourist spend at retail of 8.1 per cent with 41.25m.

Speaking of the looming milestone, a Buckingham Palace spokesman has played things down, saying: “The Queen traditionally spends the month of September at Balmoral. Next year is unlikely to be any different.”

That expectation will be a totally different story based on what businesses and travellers had to say about the previous royal celebrations, and the local Scottish community should perhaps expect the economy to thrive that month as people look to the ruler’s dear paradise in the Highlands.

Of Queen Elizabeth’s reign, historian Kate Williams, said: She came to the throne when she was older than Victoria. Victoria was only 18. It shows that our female monarchs last the longest. The Queens longevity is a great source of her strength and popularity.

She has lived through World War II and throughout the 20th century. Many people will not have known a different monarch. We saw her huge popularity in the Golden Jubilee and even more so in the Diamond Jubilee. Were very used to her.