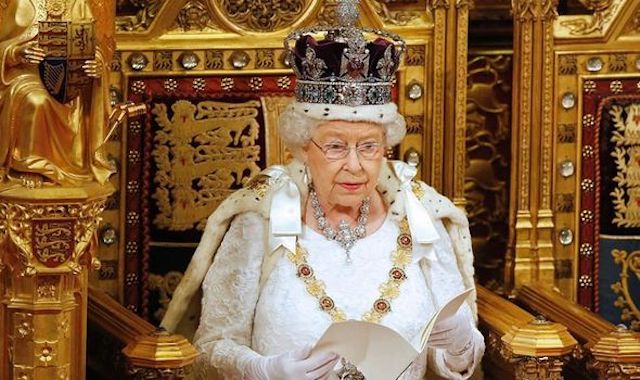 Share via
The onslaught of torrential rain and road tossed leaves tell us that the heady days of summer are officially behind us. But there are other signs that Autumn has well and truly arrived; namely the State Opening of Parliament ceremony that not only heralds the start of the parliamentary ‘new year,’ but of the famed Queen’s Speech too.

A quick re-cap of its purpose

An integral part of this process is the annual Queen’s Speech that took place today. Although there hasn’t been one in two years, (as ex-Prime Minister, Theresa May wanted an uninterrupted two-year parliamentary session to sort out Brexit) ? as the exit date draws nearer, (October 31st) it’s vitally important that SMEs listen up and take note of the proposals.

The speech is followed by a debate among MPs in the House of Commons where its contents will either be supported or challenged.

Although the Queen delivers the speech, it’s actually penned by ministers. The speech’s true purpose is for the government to summarise and shine a light on its future aims and goals, which includes proposed policies at home and abroad.

The speech itself is seen as the Prime Minister’s ‘working draft’ of sorts in terms of policy direction, and the leader of the opposition is allowed to respond to it first before general debates ensue among MPs on its contents. This is followed by a voting process that can last up to 5 days. However, it’s rare for MPs to reject the speech as it is more of a symbolic process?rather than anything overtly political.

Why approval may not be guaranteed this year

However, MPs and even the Queen herself have more reason to be nervous about the outcome of this year’s speech. Rejecting the speech essentially means that MPs are rejecting the government’s plan for bringing in new laws and policies for the rest of the year.

Boris has lost before ? he could lose again

And this could be a likely situation… Prime Minister Boris Johnson has already lost numerous House of Commons votes, so there’s a chance the speech could be rejected. Johnson may be forced to step down due to a ‘vote of no confidence’ (proposed by the opposition). The other possibility could be that a general election might be brought forward, (the government would have to call for it and two-thirds of MPs would have to vote in its favour).

So after all the ‘pomp and ceremony’ was over, (including the royal carriage procession to Westminster and an intriguing character called Black Rod who invites MPs into the Commons only to shut the doors in their faces ? yes, British parliamentary traditions are?very weird), the Queen finally sat down and delivered the speech. Here are the key insights for the UK’s business community:

The speech opened with the Queen’s confirmation for her government to “to secure the United Kingdom?s departure from the European Union on 31 October” as “a priority.” She went on to say that the UK’s post-Brexit relationship with the EU would be one defined by “free trade” and “friendly cooperation” as part of an intended “new trade partnership” with the organisation.

UK trade sectors will be protected and nourished

She also emphasised the fact that the “fisheries” “agriculture” and general “trade” sectors would be given due attention and protection. She stated the intention of her ministers to work towards “new regimes” and “trade bills” for these sectors in order that they can take advantage of any and all “economic opportunities” that may arise post-Brexit.

The Queen said a new immigration bill would bring our current conception of “free movement” to an end, and instead usher in a “fair, modern and global immigration system.”

The Immigration and Social Security Co-ordination (EU Withdrawal) Bill would, she said, ensure that “resident European citizens, who have built their lives in, and contributed so much to, the United Kingdom, have the right to remain.”

Making sure that legal and financial sectors have a stable transition

The Financial Services Bill and Private International Law (Implementation of Agreements) Bills would, she continued, ensure the UK’s most lucrative sectors experience “certainty” “stability” and be at the receiving end of “new opportunities” following Brexit.

In case you were concerned that any Labouresque policies of overspending or Tory austerity might be on the cards this year, think again. The government’s economic strategy will be a “responsible” one, said her Majesty, where “investing in economic growth” would be balanced out by “maintaining the sustainability of the public finances.”

3. More people into work ? and ‘betters savings’ for the future

The speech also revealed the potential for more better educated and better qualified young people to enter the jobs market, where “ministers will ensure that all young people have access to an excellent education, unlocking their full potential and preparing them for the world of work.” This includes the Employment (Allocation of Tips) Bill, which will make “work fairer, introducing measures that will support those working hard.” There will also be a move to “provide simpler oversight of pensions savings” in the form of the “Pension Schemes Bill.”

4. Better business connections throughout the country

The Queen then made reference to the government’s National Infrastructure Strategy plan, which will “set out a long-term vision to improve the nation?s digital, transport and energy infrastructure” ? including proposals on the railway reform to be brought forward. This includes the?proposal of the Telecommunications Infrastructure (Leasehold Property) Bill that will “accelerate the delivery of fast, reliable and secure broadband networks to millions of homes.”

For any business that produces plastic materials in any way ? listen up. “Environmental principles will be enshrined in law” for the first time, she said, and will include “measures to improve air and water quality, tackle plastic pollution and restore habitats so plants and wildlife can thrive.” So, for any business owner in the UK right now, it’s an opportune moment to asses the impact their business has on the environment and to make adjustments accordingly. Want to know what else the Queen’s Speech covered? Click here.