Laid out in a blog post by Scott Spencer, Google’s director of sustainable ads, the move was hailed as one of the many ways Google hopes to protect people from online threats.

Due to its unregulated nature, cryptocurrency has been used for money laundering purposes or to trade in unlawful goods. Research by the Stasis Group found that 80% of all ICOs (Initial Coin Offering – a way funds are raised for cryptocurrency startups) are fraudulent.

Banning such adverts will help the way people perceive the industry. However, Google has come under fire by experts who aren’t happy about being painted with the same brush. Some deem it “unfair”.

“Unfortunately, the fact that this is a blanket ban means that legitimate cryptocurrency businesses which provide valuable services will be unfairly caught in the crossfire,” said Ed Cooper, head of mobile at Revolut.

“A more targeted approach would definitely be preferable. It would seem heavy handed, for example, to put a blanket ban on all ads for job postings, anti-virus software or charities just because ads for these products and service are also sometimes used as an entry point by scammers.”

Experts have even suggested the company had ulterior motives. Especially after making clear that it would pursue blockchain technology. In fact, Google comes second, according to CBInsights, in a ranking of most active blockchain  investors.

The concept was fleshed out by Phillip Nunn, CEO of Blackmore Group, in The Independent. He said: “I understand that Google is under a lot of pressure to regulate what users are reading, but it is still advertising gambling websites and other unethical practices.

“I suspect the ban has been implemented to fit in with potential plans to introduce its own cryptocurrency to the market and therefore removing other crypto adverts allows it to do so on its own terms.”

For several years now the cryptocurrency community has entertained rumours of a Google Coin. So maybe Google’s cryptocurrency ban really does have an ulterior motive.

After all, as David Coker, lecturer in accounting, finance and governance at Westminster Business School, said: “Should we trust Google at face value? The company has been repeatedly accused of profiting from America’s opioid crisis, to the point where the ad giant willingly forfeited some $500 million of revenue gained by allowing Canadian online pharmacies to advertise drugs to Americans.

“It’s the same Google that as recently as June 2017, was accused in court of facilitating trademark infringement via its AdWords platform. And the same Google which in January admitted, in its annual ‘bad ads’ report, that it accepted advertising revenue from hundreds of sites distributing fake news.”

The move comes just weeks after Google removed its long-standing motto, “Don’t Be Evil”, from its corporate code of conduct. And if Google does end up launching a cryptocurrency of its own, this ban might one day be viewed as a highly questionable business decision. 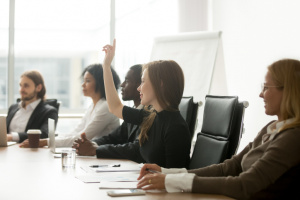 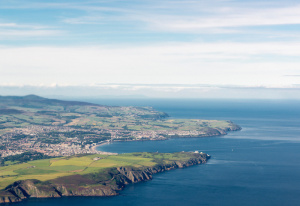 What is it like to do business in the Isle of Man?