The platform is targeted at middle-income families, a group Mukahanana believes has traditionally been under-served by the established players in the financial services industry. Financial education is core to his offering, which is designed to help people move from being part of a ‘debt-cycle’ to investing intelligently.

QuidCycle’s flagship five-year borrowing product, Refinance+, allows users to consolidate existing debts in order to pay them off quicker, with cashback bonuses for customers who stick to repayment plans. Investors can opt for fixed-term, long-term investments or ongoing deposits.

The company’s P2P lending model offers savers higher rates of return than they would get by putting their money in a savings account, while borrowers can take advantage of lower interest rates than offered by bricks-and-mortar banks with higher overheads.

Borrowers who have used QuidCycle to pay down debts are encouraged to lend money to other users once they are financially secure.

Mukahanana’s firm is based in Croydon Tech City, a burgeoning antidote to the hype around the Silicon Roundabout – and he is certainly in good company. QuidCycle’s neighbours include travel tech company Intuitive, cloud telephony service Natterbox, and more than one thousand more innovative tech companies. Such is the area’s growing reputation that Martha Lane Fox recently chose the borough to pilot the digital skills programme introduced by her charity Go On.

Prior to being named one of the Everline Future 50, QuidCycle was showered with accolates from across the board, being named “Most innovative new entrant UK & Europe” in the 2014 Alternative Finance Industry Awards and winning the “Tech innovation of the year” category at the 2015 Croydon Business Excellence Awards.

Following a welcome Treasury announcement in December 2015 that P2P lending is exempt from Collective Investment Schemes, and with with it eligble to be included in ISAs from April 2016, the next year looks set to be a good one for the alternative finance industry. QuidCycle certainly seem well-placed to make the most of this. 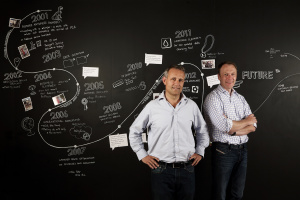 Why we turned down $100m for our business 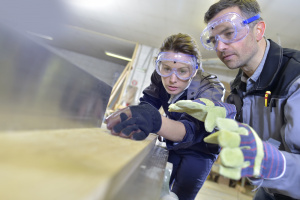 What does the Apprenticeship Levy mean for your business?