The firm which has recovered over £100m in compensation from UK banks for financial mis-selling, believes the current redress process overseen by the Financial Conduct Authority (FCA) penalises claimants, favours the banks and will take years to complete.

Commenting on the latest update on the review process by the FCA, James Kafton, Founder and Director at Hamilton Richards, said: “We’re in real danger of sleepwalking into another PPI-style miscarriage of justice for small businesses. The current process of redress for IRHP mis-selling is woefully inadequate and unduly stacked in the banks’ favour. The review process has so many arbitrary caps and limitations it seems designed more to exclude than to redress. And even in successful cases it’s taking far too long for compensation to be paid.”

Hamilton Richards is calling for the FCA to reconsider three key elements of the review process:

2) A removal of the £10m cap that excludes businesses from using the FCA scheme if they have swaps of a greater value; and

3) Instant repayment on successful redress cases to clamp down on the banks’ use of consequential loss calculations as a delaying tactic.

Around 30,000 small businesses are estimated to have been mis-sold products by some of the UK’s largest and most prominent banks, but only 32 offers of redress have so far been accepted, totalling a meagre £2m of an estimated £3.6bn in provisions made by the UK’s eight major banks participating in the FCA review process.

The FCA is allowing banks to delay settlement of basic redress until any claim for consequential loss has also been settled, which Hamilton Richards believes is wrong. Where a bank acknowledges that it has wrongly taken a customer’s money, it should repay it immediately.

The FCA should not be allowing banks to refuse to repay a customer the money it has wrongly taken until any consequential loss is agreed. Banks are using this delaying tactic to discourage customers from pursuing their entitlement to consequential loss, as this delays the payment of any compensation at all.

Also, only 1,000 (of the 30,000 companies sold IRHPs) have had their IRHP payments suspended pending the outcome of the review. So, even though the reviews are finding over 95 per cent of IRHP sales to be non-compliant, almost all companies are being required to continue to make these crippling payments to their bank during the review process. The balance of power in this process is clearly in the banks’ favour.

Furthermore, using statistics from the latest FCA review update, of the 14,259 SMEs participating in the FCA review process only 144 reviews – one per cent – have been fully completed to date. And this does not include the 15,530 SMEs which have either yet to opt into the scheme or have been excluded on the basis that the bank has labelled them as ‘sophisticated’.

In addition, of the 438 initial redress outcomes, 24 per cent either offer an alternative product or no redress. This has all taken over five months to achieve since the beginning of the full review in May 2013. At this rate the banks are currently completing less than seven cases a week. If the FCA does not act fast to speed up the process, it will take years to complete. 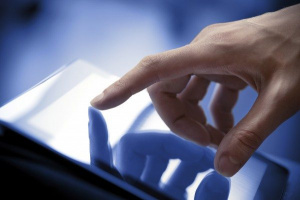 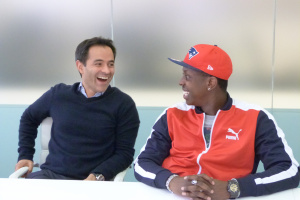