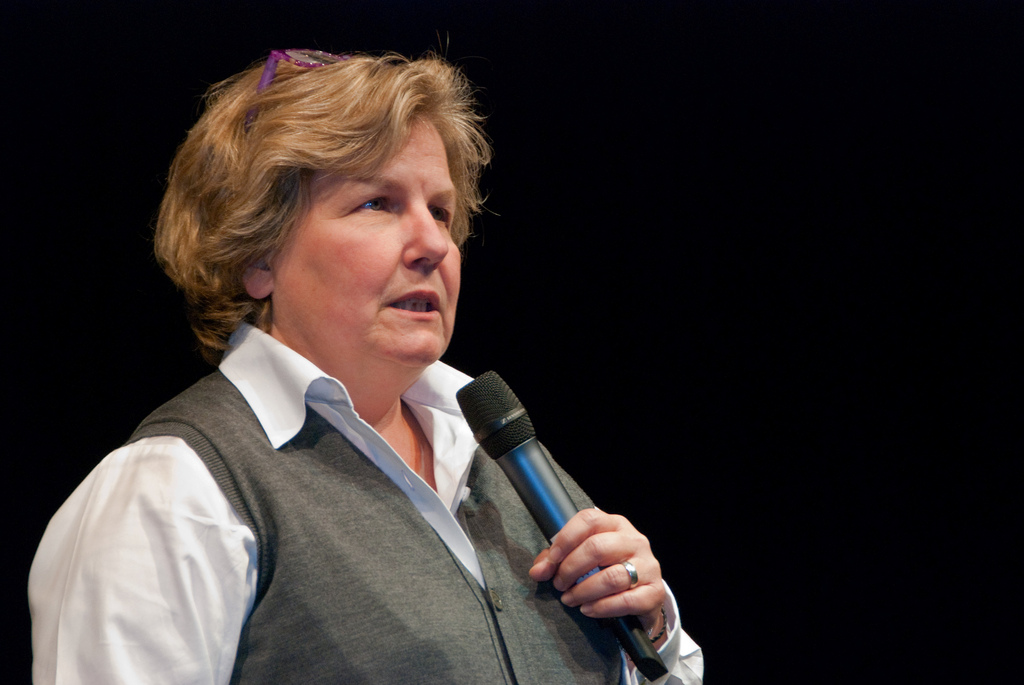 Toksvig announced that she was leaving News Quiz after nine years.

“I have made jokes over and over again about politics and this election I’ve had enough,” she said. “I have decided that instead of making jokes about it, I need to participate.” Speaking on Women?s Hour, Toksvig explained that she was involved in creating a political party called the Women?s Equality Party.? She said the party, started by former Time magazine editor Catherine Mayer, was ?a fantastic group of women ? and indeed men ? who have decided that enough is enough and we need to make some changes.? ?The world is in a parlous state,? she suggested, before citing that 9.1m women didn’t vote in the last election. “We need to attract them,? she said. ?We also need to attract the more than 7m men who didn’t vote. Why are people not engaging with politics? Because I don’t think the people standing represent the diversity of this country.” When asked for the reason behind her campaign, Toksvig suggested ?women are certainly not equal?, adding that 45 years since the Equal Pay Act ?we still have a pay gap?. Read more about the other political parties: Women are paid 35 per cent less than men and are ten per cent less likely to be employed in permanent positions. ?It’s the Women’s Equality Party because unless we access all the talents in this country we’re not going to succeed,? she said. ?Equality’s better for everybody.” Asked why she had not joined an established political party, Toksvig said: “Most of the mainstream parties seem to treat women’s issues as if we were a minority group rather than, in fact, what we are, which is the majority of the country.?So you get separate women’s manifestos, or you get childcare talked about as if it was only a woman’s issue, and if UKIP and the Green Party have taught us anything, actually pushing our agenda from the outside and pushing the mainstream parties to pay attention is much more successful.” Toksvig said the new party was “not going to be right or left” and would look for “practical and possible” solutions to improve the position of women in society. She added: “One of my other ambitions if I wasn’t going to be a politician I’d like to be Doctor Who. How is it Doctor Who can regenerate as anything and so far has only chosen to be a white middle class man?” Toksvig said it was ?very possible? to get MPs elected in 2020. By Shan? Schutte