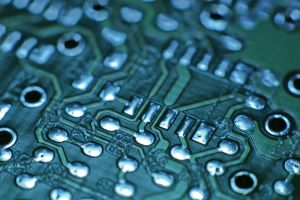 Almost every business in the UK is going through some form of digital evolution, with most deploying tactics such as digital marketing techniques, social media and developing mobile apps. But in order to keep up with the pace, companies need to become truly digital and implement a full digital strategy.

Often in a sector which has experienced digital disruption it is due to a company that has completely torn up the rule book which prevails. More often than not, this is a new start up that isnt burdened by legacy processes and ways of operating. Rather than tinkering around the edges by doing some social media or creating a new website, these businesses take digital to the core of their modus operandi that succeed. Those that dont, fail.

Out with the old

To embrace innovation, business models need to be transformed and remain fluid. Digital wasnt traditionally the core of a business, but now it is and old business systems are becoming outdated as the pace of change gathers speed. Your customers, products, operations and competitors are constantly online , so more agile processes need to be put into action. Customer loyalty is diminishing so if your business fails to deliver, another is just a click away. Whilst many businesses have tightened their budgets over the past few years, digital is the one area that is seeing continued investment. As the trade association for digitally enabled business in the North West, Manchester Digital carry out an annual Digital Skills Audit that surveys businesses in the region. This year it revealed that 83 per cent of digital businesses had experienced growth the last 12 months, which is representative of most regions throughout the country.

Businesses are still in desperate need of digitally qualified staff. New global research released from Forrester reveals that 74 per cent of executives say the company they work for has a digital strategy in place, but only 15 per cent believe that their company has the skills and resources it needs to execute its digital strategy. There are many new schemes in place to cope with this in the future. In February a 500,000 fund was announced to train teachers in software coding and in September this year the new computing curriculum will launch. Katie Gallagher is director at Manchester Digital, the independent trade association for the digital sector in the North West of England. Image source