The new funding will be in the form of fixed-rate loans from £1,000 to £250,000 and will not require an arrangement fee, according to a statement from RBS, which was published on 9 October.

The banks were criticised by the Independent Lending Review, which was chaired by Sir Andrew Large and published in November 2013, for providing poor service to SMEs. A RBS spokeswoman said the fund was “in part a response to the Large report”.

The review said many SME customers thought the banks were unwilling to lend and George Osborne, Chancellor of the Exchequer, described its findings as “pretty shocking”. It recommended a series of reforms to RBS’ SME business including reducing complexity, establishing realistic lending objectives and addressing risk aversion among SME staff.

Les Matheson, CEO of personal and business banking for RBS, said: “We want to be the number one bank for business customers and as we work to regain the trust in our bank we want our business customers to be confident that by doing business with us they can realise their ambitions.”

The Small Business Fund is split between eleven different regions: the south west, Scotland and London will each receive £140m; Yorkshire and the North East £110m; the North West £105m; Wales £75m; the South East £75m; the West Midlands £55m; the East Midlands £55m; South Midlands and Anglia £55m; and Norfolk, and Suffolk and Essex £50m.

The fund is available immediately and will continue until the target sum is distributed. The two banks’ have set a target of making nine out of ten loan decisions within five days.

Existing customers who are interested in finding out more about the Small Business Fund should speak with their Business or Relationship Manager. New customers who would like more information should call 0345 600 2230 for RBS or 0345 711 4477 for NatWest.

RBS and Natwest announced the launch of a network of eight new business accelerator hubs on 8 October 2014. 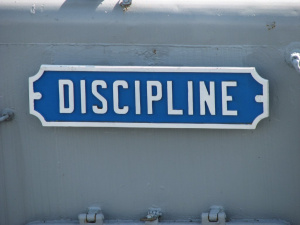 The trials and tribulations of the disciplinary process