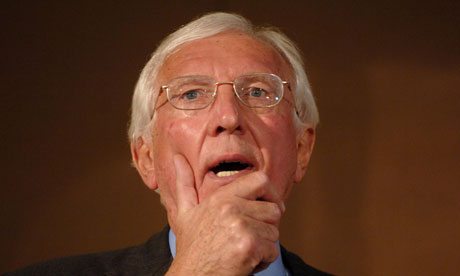 There was an understandable furore when the FSA said they would not be publishing a report into the circumstances surrounding the near failure of The Royal Bank of Scotland. The good news is the FSA has changed its mind about publishing, but the bad news is efforts to do so have become bogged down behind-the-scenes legal squabbling.

Step forward a Knight of the Realm (and a chap called Knight). Sir David Walker and Bill Knight are charged with ensuring that the final report is fair to the bank and its former directors, and that sufficient light is shed on the FSA’s role in all this.  Andrew Tyrie, chairman of the Select Committee, said: “We need to know the decisive mistakes which destroyed RBS, how they came to be, whether the FSA was asleep at the wheel, and whether we can have the confidence that they are awake now.” Leaving aside the fact that the FSA will be paying Walker and Knight to carry out their deliberations, what chance that when the report finally sees the light of day, it will have been worth the wait?  The portents are not good. Walker has spent much of his life as a fully paid-up member of the world he is being asked to take an objective view on. For many years, he was chairman and CEO of Morgan Stanley International and, as such, is no stranger to the bonus culture that may have played a large part in RBS’ downfall. Even better, he was head of the FSA’s forerunner – the Securities Investment Board. A man of the establishment, if ever there was one.  Embarrassingly, in the past, some of the press dubbed him “Mr Whitewash”, as many felt his previous efforts (such as formulating a code of conduct for the private equity industry and his – government sponsored – review into bank’s corporate governance) had about as much effect as a windbreak in a tornado.  A perfect illustration of such is having recommended, last November, that banks should publish details of their employees’ remuneration above £1m, he then managed to defend the status quo by saying in a letter to the FT : “Any attempt to require banded disclosure for UK banks in isolation would be commercially sensitive vis a vis their non-disclosing competitors elsewhere. It could also stimulate higher executive turnover, and (as a perverse unintended consequence) lead to higher remuneration as a defensive retention measure.” This is nonsense. There are legions of head hunters out there who make it their business to know precisely what each of the better bank “executives” are paid.  Sadly, Cameron and Osborne fell for it. Andrew Tyrie, you’ve been warned! What of Sir David’s assistant in his quest for the Holy Grail in the FSA’s report – one Bill Knight? There is a logic to his appointment, as he is an ex-heavyweight City lawyer and, as the FSA’s opus has in part been delayed by legal wranglings, who better than a lawyer to sort them out?  Not so methinks. In situations like this, lawyers love talking to other lawyers because it is an effective way of blocking out interested onlookers as they postulate that the legal arguments are far too complicated for us mere mortals to understand.  This is often true but if, in this case, former RBS directors don’t like what the FSA has to say about them, then the FSA should have the guts to say: “See you in court!” I somehow don’t think those directors will fancy barristers forensically examining the evidence in public, do you?  Perhaps Knight, in his capacity as chairman of the Financial Reporting Review Panel, might instead like to examine whether RBS’s auditors have a case to answer? The Treasury Select Committee could have avoided all chances of there being a whitewash by appointing someone well away from the City’s establishment. For example, a recently retired CEO of a FTSE 250 company would have fitted the bill admirably, no?