As tax and accounting experts continue to pick over the fine print of last week’s Budget, one aspect is creating growing interest among smaller companies and start ups looking to increase their Research and Development (R&D).

Among the announcements made by the Chancellor is one that means that a loss-making company investing £100,000 on qualifying R&D activity, can now recover as much as £32,625 from HMRC as a cash repayment. These changes could offer a considerable boost to loss-making companies who are still investing heavily in developing their own Intellectual Property.

“Whilst awareness of the scheme is certainly high, there’s still widespread confusion about the variety of activities that can potentially qualify for R&D tax credits,” says Mark Smout,
Business Development Manager at ForrestBrown, a Bristol based tax consultancy that was established last year to help qualifying companies gain access to R&D tax credits.

“The ‘Research & Development’ title still leads many people to believe that this is a tax relief designed purely for engineering and scientific companies, those operating at the very forefront of innovation. The reality couldn’t be further from the truth, almost any company shown to be making a noticeable advancement towards a product or service can qualify.”

A significant portion of ForrestBrown’s clients are involved in developing new and innovative products, but companies often don’t realise that the work they’re doing will be eligible.

Provided there is an enhancement in a product or process and it can be demonstrated that there is expenditure related to achieving this improvement then a company can qualify for R&D tax credits, argues Smout.

“The R&D tax scheme has been restructured and extended considerably since 2011, the rates have become increasingly favourable,” he says. Reduced restrictions also mean that a far wider range of SMEs are now able to qualify for the reliefs.

“The boost in the level of R&D tax relief available has undoubtedly helped to raise awareness of the scheme. Most R&D tax specialists, like ourselves, operate a contingent fee structure, which means there is no financial outlay involved in pursuing a claim, fees only become payable once the company claiming has experienced a financial benefit under the scheme.”

One ForestBrown client, Blurrt, has developed an analytics platform that captures and measures Twitter conversations and delivers simple, real-time insight into the sentiment behind these conversations.

To date the company has been used predominantly to monitor second screen conversations around TV shows, to look at the contextual meaning behind a tweet, and monitor and analyse user sentiment. At the end of its first accounting period it successfully recouped £16,190 in cash credits from HMRC.

Under the changes announced in the Budget a company like Blurrt, which was loss-making at the time, would now be able to recover £18,780 in HMRC cash credits, an increase of 16 per cent.

At the time of this first claim Blurrt were pre-revenue, and the cash repayment from HMRC enabled the company, which is based in Cwmbran, Wales, to employ its first members of staff.

While the majority of accountants are aware of the scheme it’s still very much a specialist area, according to Smout and, even among accountancy professionals, there is often a lack of awareness of the qualifying criteria or the scale of the benefit available.

“There’s a common misconception that tax credits can be difficult to qualify for, some studies place the number of qualifying SMEs that are currently claiming R&D tax credits as low as 15 per cent,” he says.

“It’s believed that less than four per cent of SME manufacturing businesses claim R&D tax credits. The Chancellor’s announcement on Wednesday has certainly helped further increase awareness of the scheme, we’ve received a spate of phone calls since the announcement from companies keen to hear more about how they might be able to benefit.”

The scale of the benefit available also surprises a lot of people. We work with numerous small and micro businesses, employing fewer than 20 staff, who benefit from over £50,000 worth of tax relief, or cash credits per year under the scheme. 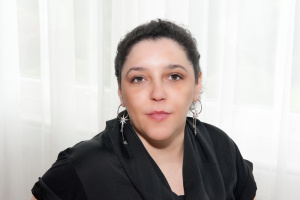 Baa Bar CEO on succeeding in a man’s world 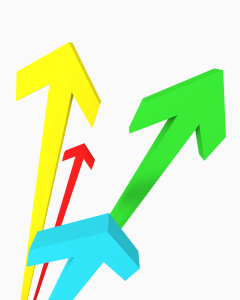