In order for companies to flourish in this post-EU world, bosses must utilise every vehicle that can underpin their competitiveness and support their journey to sustained growth. This is where research and development (R&D) will prove to be essential to those committed to growth and continued success.

UK companies are not fully galvanising the opportunities for businesses that can come from the UK government’s tax relief scheme. Whilst £2.45bn of R&D tax relief was granted to UK businesses in 2015, this is less than 50 per cent of what is actually available to claim nationwide. Surprising really, considering the tax relief scheme was introduced in 2000 – one would think that UK companies would be better at fully exploiting this opportunity.

When compared to Canada – the forefather of tax relief schemes and one of the most successful economies globally in terms of R&D tax relief – the UK is falling drastically short of where it could be.

There are regions within the UK that are better at attracting relief than others. For example, in London the expenditure per head is greater than the Canadian figure. This is in stark contrast to Scotland, Wales and Northern Ireland, which each show low figures. Remarkably, 51.2 per cent of the UK’s budgetary spend for research and development tax relief goes to London and the South East – leaving the rest of the UK to share the remainder.

The UK’s exit from the EU could bring a “loosening of the shackles” which bind us when it comes to R&D tax relief. The state aid Britain provide to its business community is, in part, subject to EU legislation, meaning decisions for UK businesses are based on European rules. But a consequence of Brexit will be that the UK could attain the ability and power to make its own decisions on such matters, including what guidelines constitute a business being placed in the large company scheme or the small company scheme.

It is accepted that implementing HMRC’s R&D scheme does not signify a cost to the UK economy. Instead the scheme can be viewed as an investment vehicle, which ends up stimulating between £2 and £12 in primary, secondary and tertiary taxes from areas such as VAT, corporation tax and payroll taxes. So it stands to reason that R&D tax relief can be linked to the UK’s GDP. The impact of Brexit will mean that investment in R&D activity will likely increase, especially with the ability to control our own tax relief schemes. This will help stimulate increased investment, which will aid us in obtaining a higher GDP.

With this capacity to stimulate investment post-Brexit, an increase in R&D activity will likely lead to an increase in uptake of the scheme. This could pose a risk with the R&D tax relief market becoming overheated with too many claimants. A balance would need to be struck by having a matched regulatory framework implemented, as well as the need to have increased scrutiny by HMRC. Enhanced regulatory measures is also something that should be welcomed.

There is no doubt British companies which have been involved in R&D and those which turn out to be hugely successful are linked. However, there are those who do not recognise that even improving a product for market by making it faster or more efficient is R&D. Whilst one might not typically expect a software engineer to sit in a laboratory, alongside the pharmaceutical/biotech sector, the software and IT industry is one of the sectors which is leading the way in R&D. Alongside these established players in R&D are, of course, new, emerging players.

Technology is evolving at an incredible rate, increasing the likelihood of business ideas being realised. With the UK’s accessibility and connections to the EU set to change, Bosses must realise that continual R&D and innovation is essential to ensure they can remain competitive in this new European landscape.

Today’s SMEs are waiting too long to reap the financial rewards of Research & Development (R&D) tax credits, according to Friend Partnership. The chartered accountancy firm believes many bosses could be securing repayments from as early as ten days from the submission of their claim. 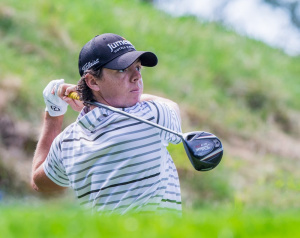