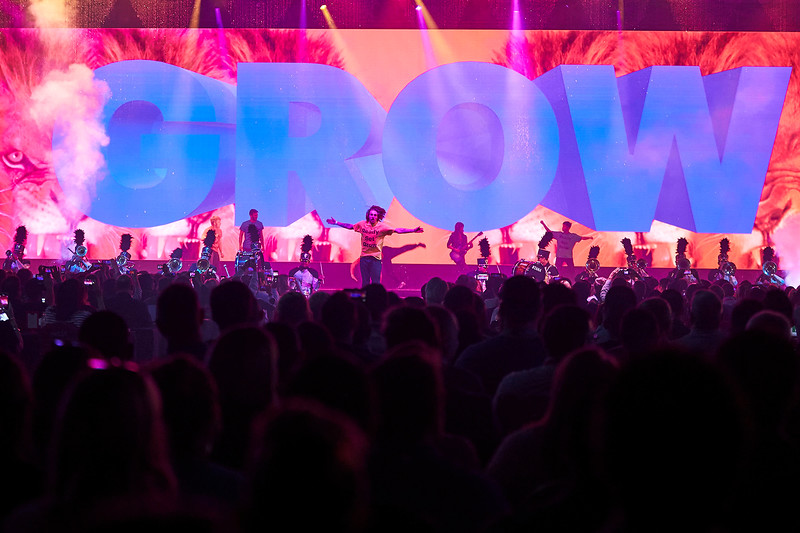 Share via
While the room was filled with vibrant colours and the stage thudded to the beat of House of Pain’s Jump Around, the keynote presentation made one point clear: you’re going to knock some hurdles over and you might finish the race last. Don?t let that get you down. While growth remains essential, it’s more challenging given the uncertain global environment and ongoing disruption. But one of the benefits that emerging businesses have is not being tied to old processes. Such companies are free to implement modern systems that leverage newer technologies such as mobile and cloud to improve agility and remove complexity. This concept was addressed during the SuiteWorld event, which showcased how SMEs from across the globe were jumping hurdles and challenging the big guns. Taking the stage, the company’s executive vice president, Jim McGreever, explained that the NetSuite offering made use of cloud technologies to ensure software evolved with a business, helping it through various stages of growth. “In this story, we re not the superhero, the business using NetSuite is,” McGreever said. If you’re Batman, then we re Alfred in the background getting the tools ready. If you’re Wonder Woman, then we re the golden lasso giving you a single version of the truth. But from our own data, we ve found that while it hasn’t become harder to start a business, there are barriers when it comes to scaling one. ?We believe it’s because growth itself has changed and change is always hard. Growth means evolution. As Darwin said: “It’s not the strongest or the fittest that will survive, but those most adaptable to change. Growth is continuous and relies largely on discipline. It also takes constraint and the right people, which means focusing on areas that really move the needle for customers. Most of all, McGreever pointed out that numerous growth and success stories shared one common aspect: failing and learned from mistakes. For NetSuite, it meant coming to grips with going global. The company went to market in different territories trying to tailor the NetSuite offering for each country. McGreever reminded though that the core of any business should be applied everywhere it’s too hard to create several separate business models. He wasn?t the only one to give voice to common pitfalls. Rachel Zoe, investor and CEO of Rachel Zoe, explained that her brand was driven by passion ?one of the most important things to have when launching a business,” she said. That hasn’t stopped me from making mistakes. They?ve helped me become stronger in all aspects of my business. She pointed out the tendency for companies to have one person do 50 things all at once. Responsibilities quickly become unclear. This is why, Zoe said, defined goals, for the company and the individuals working there, are crucial. Who you hire is equally as important: “My father is an entrepreneur and taught me to know my strengths and weaknesses. Your team should comprise of people that are good in the things you aren?t. That advice has been instrumental to the success of my business. It was impressed on the audience though, that hiring for skillset alone wasn?t going to boost growth through the roof. Employees needed to be equally as passionate about the job. Another company to take the stage was Cloudflare, with its chief revenue officer, Chris Merritt, likewise citing the challenges of going global. More particularly, keeping company culture the same. His advice Never let new people sit next to new people. Neither of them really know how to do the job yet,” Merritt said. So when we branch out to new countries, we try to deploy someone from one of our other offices, who has worked there for a while. At the same time, you need to balance it with being local. Try to be respectful of those cultural differences. While the event was an exercise in what could potentially go wrong, it was an even stronger testament to surviving come what may and that you don’t have to splurge on several vendors and platforms to get by.