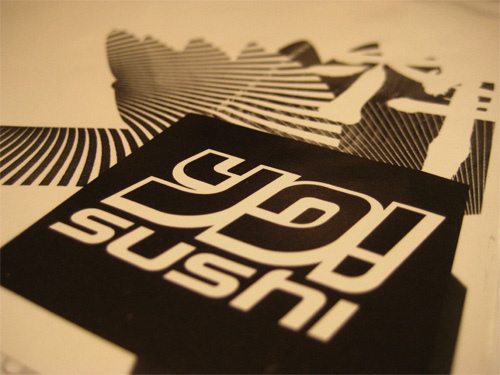 “If I’d have told people a decade ago that I was going to sell raw fish off a conveyor belt with a robot serving drinks, they?d have laughed in my face , he says.

But he proved the naysayers wrong. He developed the idea, opened his first YO! Sushi in 1997 with £150,000 of his life savings and now has a chain of 50 restaurants internationally. “I left school at 16 with two O levels,” he says. In many ways, that was an advantage my imagination wasn?t educated out of me. I always have enthusiasm for new ideas. I don’t see the perils ahead. “I?m not a great believer in think tanks or brainstorming sessions?, Woodroffe admits. If your employees think they have to come up with a great idea in two hours, they?ll try and edit their thoughts during the meeting. His own trick is to write down his thoughts on a piece of paper and then let them develop over a few weeks. Don?t stymie them at the first hurdle,” he advises. His approach is clearly working. He’s added YO! Japan, a fashion range, and RadiYO!, an entrepreneurial podcast series to his burgeoning brand. YO! Zone, the spa concept, and YO! Home are in development. His latest epiphany was YOTEL, a ‘spaceship” hotel chain concept combining elements of Japanese capsule hotels with first-class service. It’s a bit like being on a luxury yacht,” explains Woodroffe, who opened his first YOTEL in the south terminal of Gatwick airport in July. “The rooms are 7ft by 8ft, and you can book them by the hour or in a block of hours. Every hotel company in the world bangs on about trying to get 100 per cent occupancy. We re trying to get 250 per cent occupancy. As the ‘ideas man’ behind the YO! empire, Woodroffe admits that he’s not the best person to head up the day-to-day running of the businesses. One of the great lessons I’ve learnt is that you need to find what you’re good at and then spend 95 per cent of your time doing it. Ideas, I?m good at. Operating a business, I?m not so good. “If I see one thing that needs fixing, I have to do it immediately. A good operator would add it to a list of 30 other things and then do them in order of priority. Real Business caught up with Simon Woodroffe as new research, conducted by Cadilac, showed that 71 per cent of our creative thinking happens outside the workplace. The top three non-office locations being the car, the bed and the outdoors. The research questioned 500 key business managers and uncovered that almost one in five found driving their car a creatively stimulating experience. This could well be because 40 per cent of respondents claimed that most creative ideas came to them when they had quiet time without disruption. Image source