Oh the weather outside is – actually, it’s quite mild for the time of the year rather than frightful, but our Real Business Christmas Countdown is so delightful, it will fill you with the warmth of an open fire.

As we continue to deliver the hottest stories of 2014, the most recent review included Tesco’s trademark failure, reinvention over a century and Fiat photobombing Volkswagen.

And for today’s rundown:

News: The top ten highest paid jobs in the UK

What do you do for a living? Presumably, you’re an entrepreneur. However, if that doesn’t work out the way you’d like it to, you should perhaps try your hand at becoming a pilot or flight engineer, which are the two highest paid professions in the country at £44.57 an hour. Alternatively, you could always give air traffic control or the legal business a try for between £32 and £35 an hour.

Interviews: How Thali Café grew from a single location to chain of restaurants

The key to operating a small business is usually walking before you can run, according to many business builders, focusing all efforts on one enterprise before looking into growth. As such, we spoke to founder and managing director of Indian restaurant chain Thali Cafe, James Pizar, about surviving near bankruptcy and evolving from the festival circuit and pop-up sector to five fixed locations across Bristol.

Opinion: Failure is a privilege

Katarina Skoberne once had dreams of becoming a biochemist, admiral and dancer – but ended up becoming a self-described “expert in failure”. Her five-year-old crowdsourcing venture that launched in 2003 acted as a marketplace for advertising concepts and designed, but crashed in 2008 around the time of the recession. She learned from it though, and has words of wisdom for fellow entrepreneurs.

Another year passes on and yet the pay rise you’ve been gagging for has also passed you by, so what do you do? After working at Wells Fargo for seven years, Tyrel Oates sent out a companywide email to the CEO and decided to loop in his 200,000 colleagues into an email, requesting a $10,000 pay increase. Something of a corporate Robin Hood, Oates didn’t just look out for himself though, he also requested his peers received the same bump to their salaries too. Naturally, the outlandish demand went viral, though it’s unclear what boss John Stumpf had to say on the matter. 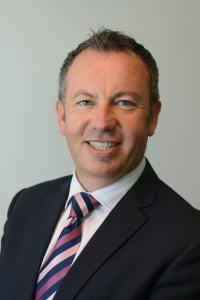 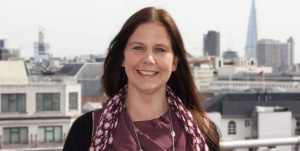