Created by the Global Conference Network (GCN), the Awards Awards is an all-new event that made its maiden voyage at Plaisterers Hall in London.

GCN connects event organisers, providing guidance on industry standards and recognition for the work that goes into producing awards ceremonies and conferences – with the Awards Awards 2017 the next phase of that mission.

Real Business and Caspian Media were victorious on the night, with the Amazon Growing Business Awards winning Best Awards Event by a Publisher – under 700 Attendees.

The judging panel acknowledged the desire to not just create “another black tie awards ceremony”, instead focusing on helping growing businesses build networks through PR, networking and the awards process itself.

Steven Randell, CEO of Caspian Media, said: “The Amazon Growing Business Awards will have its 19th outing this year, so it’s fantastic to see some industry recognition for the steadfast commitment to supporting achievements of entrepreneurs and SMEs in the UK.

“It also gets us thinking about how we can build on the legacy of the Amazon Growing Business Awards, improving on the programme so that in another five years we’ll be able to look back and be even prouder about the community built and incredible stories of success told.”

Other nominees in the category included:

The moment we collected our prize for the @amazon Growing Business Awards at the #AwardsAwards! Thank you @GlobalConfNet! Brilliant day! 🏆🌟 pic.twitter.com/WD36uX2NZF

The Amazon Growing Business Awards, held in association with the Confederation of British Industry (CBI), were first held in 1999 and have seen global names such as Bill Gates, David Cameron and Stelios Haji-Ioannou attend as guests, and Lastminute.com, Innocent Drinks and Zoopla win the approval of an illustrious judging panel.

Amazon joined as headline sponsor in 2016 alongside a relocation of the awards by Real Business and Caspian Media to a larger venue at The Brewery in East London.

Amy Carroll, event director, Caspian Media, added: “We at Caspian are extremely proud of the Growing Business Awards and we are thrilled to have received this recognition.

“This event may be nearly 20 now, but it continues to go from strength to strength. We have big plans for growth going forward and I am really excited about what the future holds.” 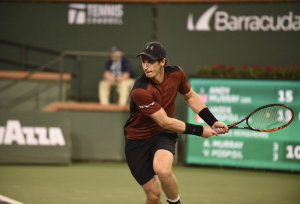 Andy Murray grows his business empire through another investment

Broadband doctor: When your ethernet connection is stubbornly “limited”