Lessons from The Rebel Playbook: Why employee engagement is NOT the same as happiness 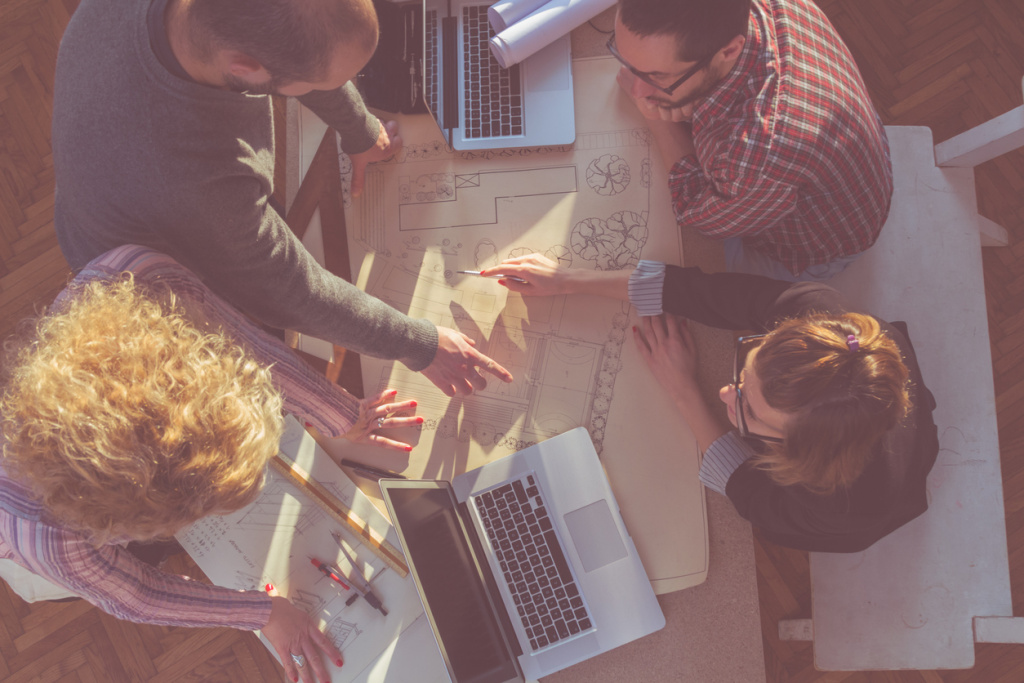 It’s easy to” get happiness and engagement confused. The internet is full of websites, products and eBooks claiming quick fixes to employee happiness and resulting magical impacts on productivity. Even the business that I founded, Reward Gateway had ?Let’s make the world a happier place to work” as it’s mission for many years before we realised the error and changed it to ?Let’s make the world a better place to work?.

Our mission statement has troubled me for several years – our definition of engagement was solid, our understanding of why engagement mattered was solid and neither of them mentioned happiness. I knew that happiness and engagement were related but I didn?t really understand the connection properly until the summer of 2016.

A meeting with Angie Angjelovikj, then Reward Gateway’s Head of Programme gave me the lightbulb moment. Angie had joined us through an acquisition along with her husband Seb who became Head of Product. The deal was a big success and together we grew the engineering team to nearly 100 people, building some of our best new products as a result.

But in 2016, wanting to shift the footprint of our company to the US I decided to move Seb’s position to Boston, recruit someone new with US industry experience over there and I cut Seb’s UK role in the process.

Angie was furious with me.

Seb’s change was part of a bigger restructure and I followed our employee communications playbook to the letter – over communicating, staying with the issues, leaning in and, most importantly,” explaining why. But none of it mattered to Angie who was furious. With a super-strong work ethic born from a Balkan upbringing, there was no strategic reasoning that Angie wanted to hear – I’d fired her husband, it was a slight on his work and his effort and it was grotesquely unfair. She was too angry to speak to me for a fortnight but then, at the end of a day we found ourselves alone in a conference room and she gave it me with both barrels.

?What do you think you are doing

?Do you even know who does all the work round here ?

“It says employee engagement on the door but this is how we treat people ?

?Seb’s given everything to this business then you just cast him aside like he’s nothing

?Why do you only reward people who do what you want and fire people who disagree with you

I listened to Angie carefully, challenged her points as sensitively as I could, corrected the misunderstandings and re-explained the strategy, I went home that night and slept badly. Was she right. Was I losing touch” Had I treated Seb badly” All entrepreneurs know those awful hours of darkness when the self-doubt sets in and the simplest thing becomes a huge, sleep preventing torment.

But I did finally get to sleep and when I woke up something was clear to me. Angie was a deeply engaged member of staff. She knew what we were trying to do as a business, she knew exactly how her role was critical to that mission and she was, in her words, busting her ass to make that happen. But at the same time she was not happy – either with me or the organisation. She was angry and disappointed. And it didn?t affect her engagement or her performance one bit.

So that’s the moment when I saw first hand that you could be highly engaged and, at least temporarily, unhappy.

The inverse is also true, contrary to what some people think, I’ve found you do not need engagement to be happy. I’ve found companies that have quite happy employees based on a combination of good working conditions, low ambition and low accountability for results. This tends to result in the best people leaving and an average group of people staying and finding meaning and self-actualization outside of work. It’s pretty dreadful for organizational performance though, and you can guarantee those companies won’t have the durable and resilient cultures needed to navigate the tough years ahead.

Happiness sounds great but engagement is much more. People who are engaged care about a business and they care about what goes on. Engagement isn’t easy – when you care about something it pains you when things are done that you don’t agree with or people make decisions that you wouldn’t. Engaged people are happy, overall in the long run I agree – but because they have deeply meaningful work and they are doing something that matters. They have good days and bad days and are passionately connected to what is going on around them. Put simply, engagement trumps happiness any day

Glenn Elliott is the author of the new HR bestseller?Build it: The Rebel Playbook for Employee Engagement, which shares the secrets companies like LinkedIn, Airbnb, Google and 3M use to engage with their employees. This article?was originally written for the book,?published by Wiley and available from Amazon and other bookstores. 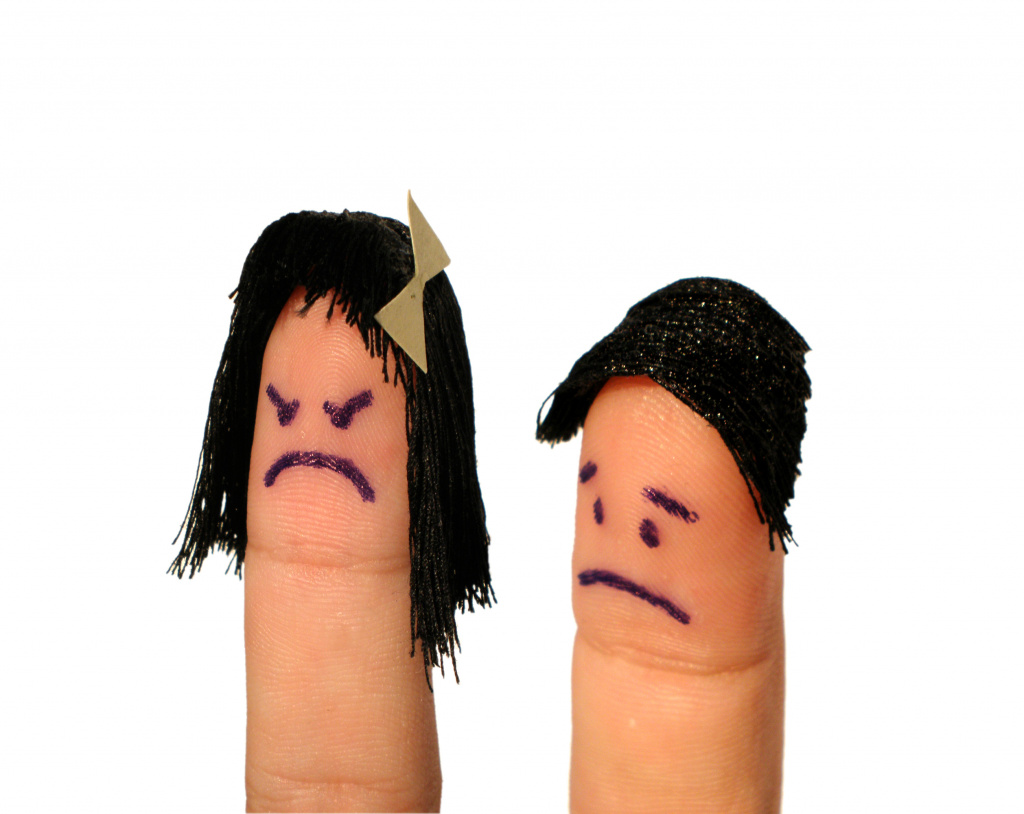 1. Send marketing emails without permissionLast week I received an invite to connect with a trainer on LinkedIn. Nothing unusual... 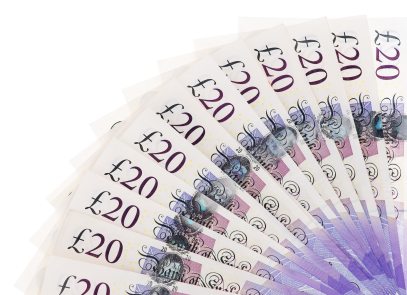 £5,000 “innovation vouchers” up for grabs for all SMEs

Entrepreneurs may claim up to 5,000 in innovation vouchers to pay towards the cost of expert advice if they are... 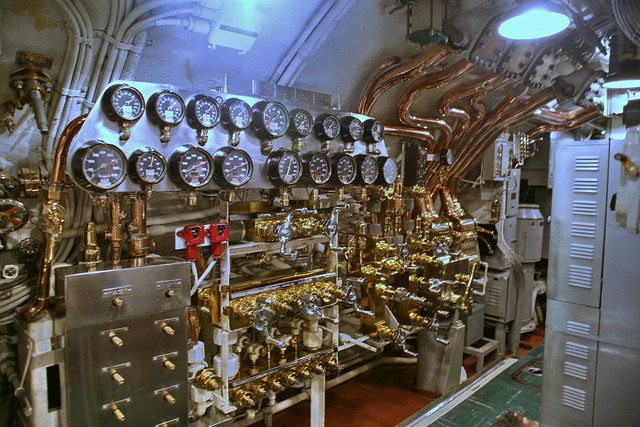 Are you out of control” Try automating the process

Canon has to comply with the US Sarbanes-Oxley Act - arguably the seminal piece of internal controls legislation. There has... 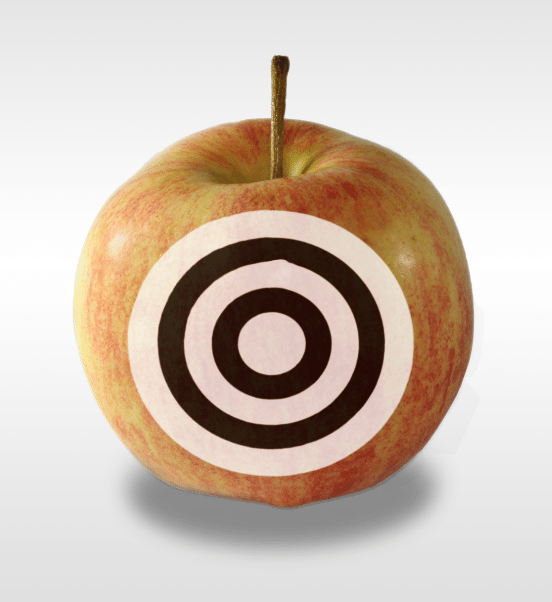 Marketing departments get budget boosts in 2012

The latest IPA Bellwether survey shows that 20 per cent of firms have reported an upward revision of marketing budgets,...

Company name:? Monitise What they do:? Banking platform One to watch" Monitise has been grabbing headlines for a year or...

The move follows Manchester City FC's decision to welcome innovators with ideas on how to blend sport and technology. According...

Despite being worth an estimated £830m, Sugar has joined the ranks of the "bottom-feeders", scooping up shares in the homewares... 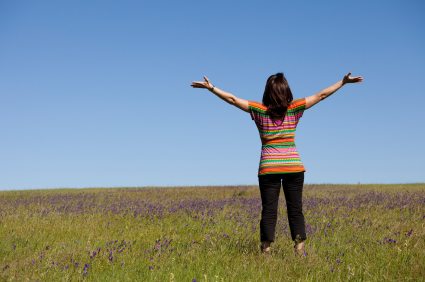 Celebrate your own confidence

I've spent a lot of time talking to other entrepreneurs from different industries and parts of the country in recent... 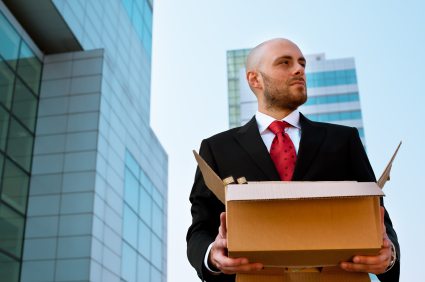 Why being a CEO is no job for life

Being a CEO sounds like a job for life. But running your own company, whether you are the founder or... 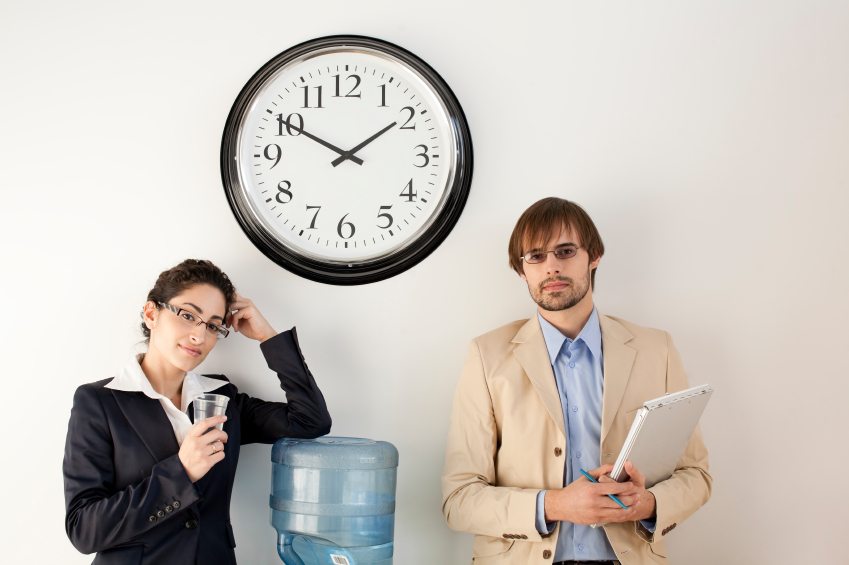 How to waste time at work

OK, I admit it - I can be guilty of time wasting.Like millions of others, I whiled away many a... 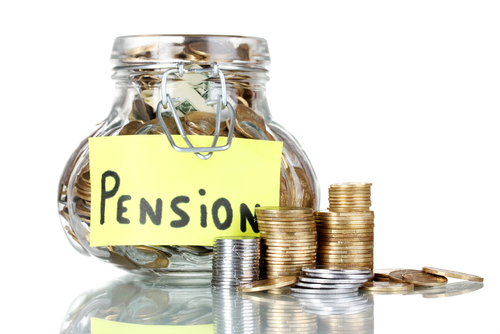 From March 1st this year, businesses with fewer than 58 employees will start having to comply with the new auto-enrolment... 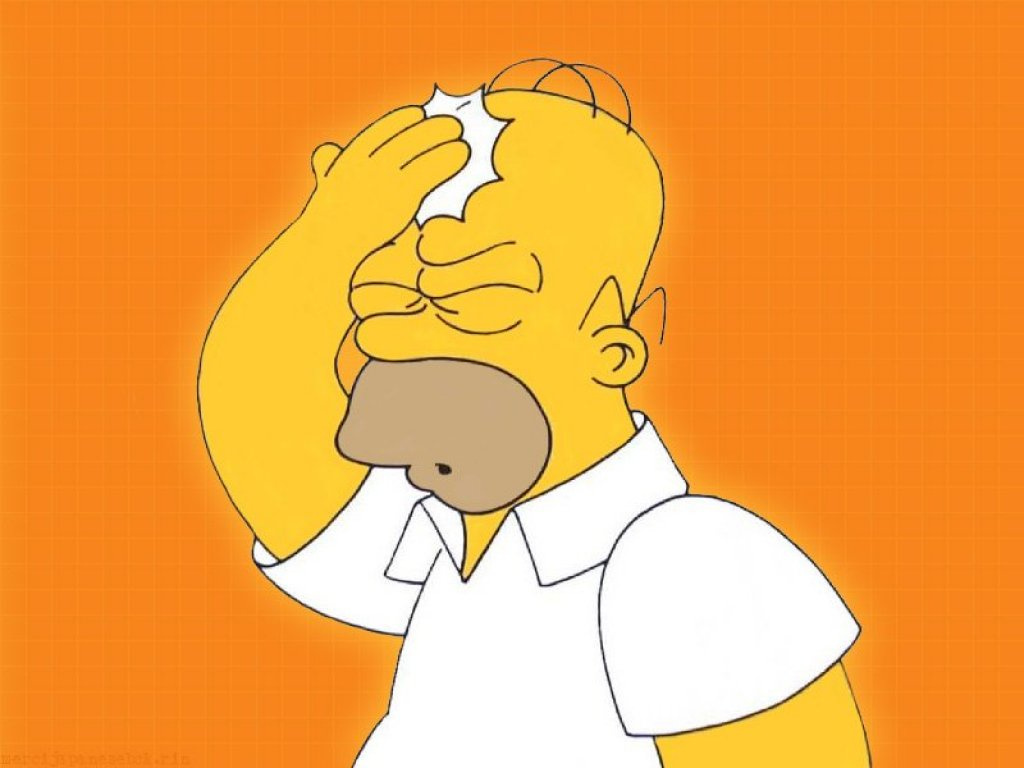 I was asked to endorse someone on LinkedIn yesterday. Nothing unusual in that. However, I'd never worked with them in...

For some parents it's merely logistics and for others it's yet another life-changing decision which will have a dramatic impact...

Mind control: We often don’t take the time to consider our wellbeing

Approximately one in four Brits experience a mental health problem each year, with one in six experiencing the likes of... 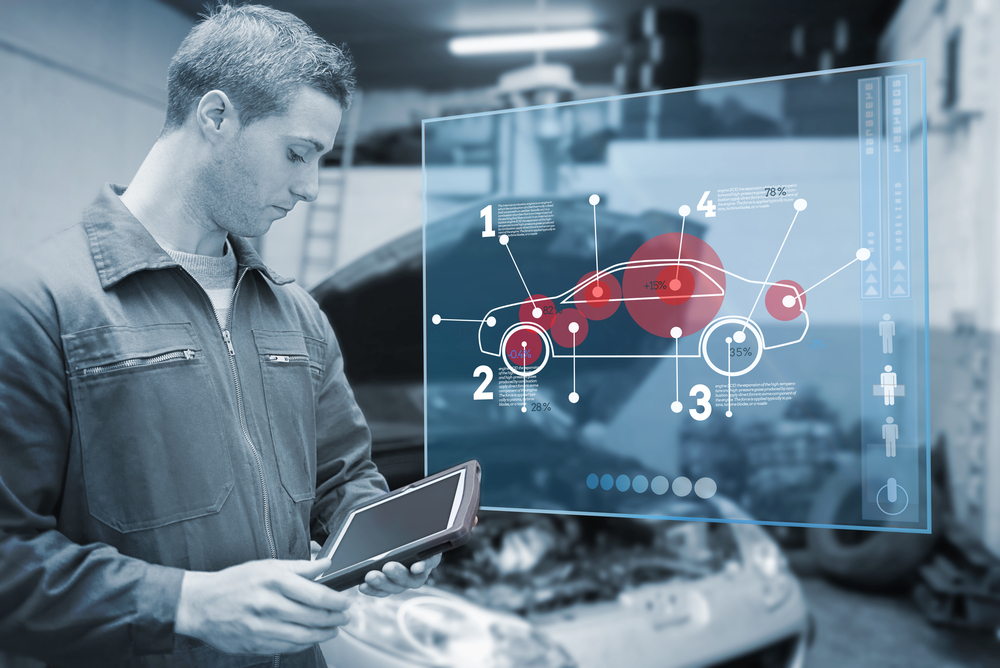 As is suggested in a piece written by Econsultancy CEO Ashley Friedlein: Many organisations are finding out, the move to...

If last year was any indication of staff priorities and what the future holds for the global workforce, we know...