While Trinity Mirror’s the New Day had garnered much support, its circulation had been below expectations. This, editor Allison Phillips said, was down to the plain reality that the title didn’t have enough readers.

The bane of the New Day’s existence seemed to be its weak sales, but it isn’t the first company to have recently felt the brunt of a sales slump.

This year, Alison Brittain, who only recently took the helm at the company, had suggested Whitbread faced a tougher trading environment after posting a mere 0.5 per cent same-store sales growth at Costa Coffee, short of the three per cent it had expected.

Overall, like-for like sales at Whitbread slowed to 1.7 per cent in the fourth quarter, from the 3.5 per cent recorded in the previous quarter. The sharp drop sent its shares tumbling as much as 6.3 per cent, making the stock one of the heaviest fallers in the FTSE 100 so far in 2016.

And while Deutsche Bank analysts claimed the Costa business suffered its weakest growth since the final quarter of 2009, Brittain cited the slowdown on the high-street downturn in the run-up to Christmas amid warm winter weather as the reason why.

The announcement, which was made in March 2016, was the second trading update from Brittain since she took charge – and marked the second time Whitbread disappointed shareholders. The first update Brittain delivered in her first week as CEO sent shares sharply lower. This, many have suggested, seems to be an underlying trend, with Brittain at the centre of it.

She later laid out plans to froth up the company by improving Whitbread’s customer proposition, though expansion plans and by driving innovation.

It doesn’t take much to see the reason why Merlin Entertainments – the world’s second biggest visitor attraction operator – has been suffering. Merlin had already warned in July 2015 that lost theme park revenues would push group profit below forecasts to around the £249m posted in 2014.

And while a weak euro also hit visitor numbers at London attractions, it was an accident on 1 June at Alton Towers – which resulted in four people being injured – and the consequential temporary closure of the park, that truly affected its profits.

The group suggested the reduced number of visitors at Alton Towers, including some of its other UK theme parks, were to blame for its sales slump. In a trading update, the group said the crash had “an adverse impact on trading at the start of the critical summer period.”

“The magnitude of the financial impact is the result of both a significant reduction in revenue and the requirement to maintain an appropriate investment in customer service and marketing through peak season,” it said. “Although difficult to assess at this stage, we believe that there may be some continued adverse impact on the resort theme parks operating group profitability in 2016.” 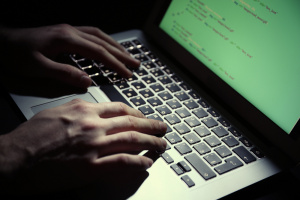 Employee fraud – could it happen to you? 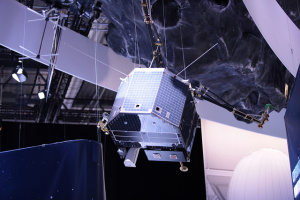 SMEs are taking off thanks to the aerospace industry