After all, isn’t the seasonal black of recession is “so yesterday”?

“Dress cute wherever you go, life is too short to blend in.” Not the words of Mervyn King but instead those of that little known business sage, Paris Hilton.

Better wisdom and insight would be difficult to find. Like fashion, the key for business is to be ahead of the trend, and that means having the confidence to adopt a style that may not yet be the “belle de jour”. At the same time, disaster can strike if you’re behind the times.

Many countries, like the USA and Germany, are already casting off the narrative of worldwide recession and adopting a more bespoke style based on national growth and opportunity.

More advice, from another stylish icon, Mad Men’s Donald Draper. When faced with a client in difficulty, Don says, “If you don’t like what is being said then change the conversation.” This is a message that the UK needs to consider.

Unless we start a conversation that is based on optimism, self-belief and opportunity, we risk maintaining an outlook that has become deceptively comfortable, namely that downturn is the only option.

Everything is about perspective and that means that the battle for perception is as important to the future as the need for enhanced performance itself.

Optimists have a tough time because the prevailing appetite on our screens and in our newspapers is a daily diet of pessimism. Justice Secretary Ken Clarke, for example, said that the coming effect of the cuts would be “calamitous”; and in the public sector, things do look tough.

But there is more to national life than the state, and the recovery will be driven by the private sector, which also provides a very different and often uplifting perspective.

Optimism needs to win out because opportunity is at hand. Let me keep to the London theme. I was on a site visit this month at the new regeneration area surrounding King’s Cross. It’s currently veiled under dusty hoardings but let me tell you, something brilliant is emerging behind it and it is only months away from being ready.

It will provide a phenomenal gateway to the capital of commercial, residential, retail and university real estate. It will transform north London in the way the Stratford Olympics site will transform the east, the Shard will transform London Bridge and a host of riverside developments will uplift the south and west of London.

It’s not just infrastructure projects that are back in fashion, there are a number of sectors that are powering ahead. Silicon Roundabout receives sneers from many City types but don’t let the luddites confuse you. The East London Tech City Initiative is the sort of exemplar that will drive recovery on a major scale.

It’s why Cisco has chosen to invest over £300 million in it. This is no investment in some hoped-for tomorrow, the company will be a part of an exciting group of businesses that are transforming the UK technology scene. Take just one local resident, Tweetdeck, sold this month for just under £19 million to UberMedia.

Tech is trailblazing and it will be joined by others. The financial services sector is looking a good deal perkier and manufacturing is having one of its best runs in decades.

In turn, there are some new common-sense initiatives in government, like a new Dragons’ Den-style panel that will fast-track innovative small business services to make public procurement “much more small-business friendly”. We need more.

I want to keep with the Dragon theme for a moment as my firm recently started working with Peter Jones and the National Enterprise Academy, which he founded. This week I visited the Amersham campus and was shown around by a young student called Louis.

Beneath the lofty statistics of the enterprise debate are talented people like Louis with the raw ambition to make a difference. If Britain has an entrepreneurial future it will be smart and keen people like Louis that build it. They provide the optimistic and hands on model of the future that I would like to see profiled on the catwalk of national debate.

Fashion is a highly unreasonable sector that introduces styles that challenge, disrupt and ultimately define the status quo. The economy needs optimism to become a lot more in vogue because it is an essential prerequisite to recovery.  We need a whole new generation of fashionistas with the unreasonable self-belief to succeed with style. 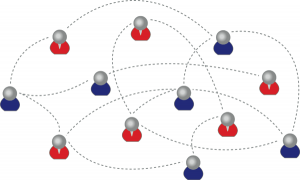 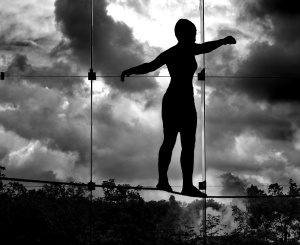 Planning and delivery: A balancing act