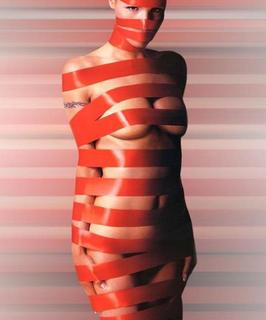 Red tape is on its way out. The Reducing Regulation Committee – “a tough new Cabinet committee” – met for the first time this morning, marking the start of the coalition government’s war on the red tape that is “strangling” enterprise.

The Reducing Regulation Committee is tasked with cutting the heavy burden of red tape on business, and will review all of the regulations that are in the pipeline from the last government, stress-testing them so only necessary rules proceed. The general principle applied will be one-in, one-out, where any new regulatory cost is compensated by cuts to the cost of old laws. Under Labour, a government report identified 200 new regulations that departments were planning to bring in between May 2010 and April 2011 with a cost of over £5bn., and over 20 new regulations beyond April 2011 with individual costs of over £50m and total costs of about £19bn. “For too long there’s been a misplaced notion that government’s job is to regulate – that is not the case. Regulation should be the last resort,” says business secretary Vince Cable, chair of the Reducing Regulation Committee. “We need to change the balance of power away from the state and back to individuals, businesses and communities.” The Reducing Regulation Committee met as Nick Clegg, the deputy PM, launched the “Your Freedom” campaign, which will change the balance of power away from the state. Cable continues: “We need business to drive the growth our economy needs, not to be tied up with form filling, and the government is determined to do all it can to make that happen.” Membership of the Reducing Regulation Committee includes chief secretary to the treasury Danny Alexander and business secretary Mark Prisk amongst others. While we applaud the new government’s attempts to cut regulation, we’re not so sure about the committee’s rather Monty Pythonesque name. Add in the involvement of the Better Regulation Executive and its Forward Regulatory Programme and it becomes quasi-farcical.  But still, what’s in a name? Let’s just hope it gets the job done.