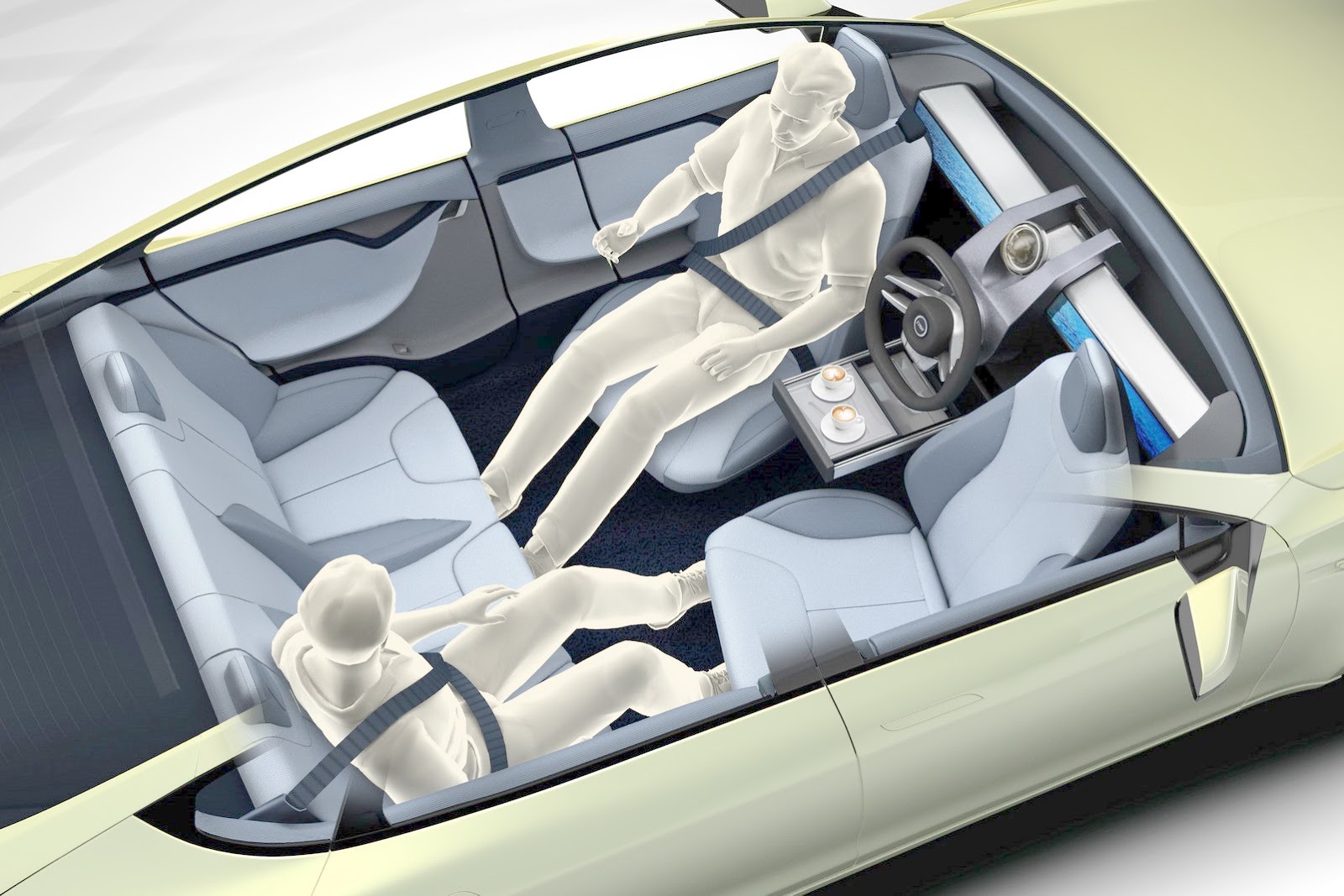 It sounds a bit like something you’d see in The Jetsons, but a new self-driving car concept could transform the car into a fully-connected office and meeting space.

Regus, the flexible workspace provider, has announced a partnership with Swiss company Rinspeed on the development of a concept car, the XchangE. The XchangE, which will be displayed at the Geneva Motor Show in March, will allow the two front seats to swivel backwards, creating a mobile work and meeting space for four people. The car’s technology and infotainment systems also allow passengers to connect to their office and work productively or make presentations. The idea is to to stop driving from being dead-time away from work or home, explains Andre Sharpe, global product and business development director at Regus: “This innovative car will change wasted time into productive time,” he says. “People already work on the road. Now, with the XchangE, the third-place network could encompass the car itself as well as the roadside.” So-called “third places” are the areas that people work that aren’t the office or the home, such as transport hubs, temporary workspaces, and so on. Regus has been recently expanding its network of third spaces, opening hubs at railway stations and motorway service stations and Shell petrol stations. “Autonomous cars no longer require drivers to watch the road, so there’s an opportunity to make more meaningful use of their time,” explains Frank Rinderknecht, founder and CEO of Rinspeed.

“A consultant or sales rep could fit in 7-8 hours of productive work each day using a driverless vehicle,” adds Sharpe.