Britain has a rich history of producing strong consumer brands, but very few have had as much impact in such a short amount of time as crisps business Tryrrells.

The Amazon Growing Business Awards, which celebrates exceptional businesses and outstanding entrepreneurs, has been running since 1999, and since then many of the winning businesses have gone from strength to strength.

A prime example of this is Tyrrells – which started in 2002 at Tyrrells Court Farm, the current head office, and attended consumers shows up and down the country to spread the word about its products. Initially starting with five potato crisp flavours, sold to local farm shops and deli’s, Mixed Root Vegetable crisps followed soon after as well as listings with premium national customers, such as Waitrose.

The business won the 2004 Young Company of the Year award, and it’ not hard to see why.

Mike Hedges, MD of Tyrrells, said: “In 2004 Tyrrells was just two years old and an owner-led company employing approximately 30 employees. Since then it has become a global player selling to over 70 countries and growing exponentially.

It’s rise to prominence was crowned recently when it was the subject of a £300m private equity to trade buyer acquisition, realising a three-times realisation for Investcorp. The private equity firm acquired Tyrrells in August 2013 for £100m, and has oversaw an extensive transformation of the company in which sales and EBITDA more than doubled.

Despite being such a success, competition remains fierce. The company is confident, however – according to Hedges, Tyrrells is the number two challenger brand to Kettle Chips, but approximately half the size.

“We’re the fastest growing hand-cooked brand in the market and the number one vegetable crisp brand. Our Mixed Root Vegetable line is a halo product and many consumers associate Tyrrells with the iconic green bag with the proud gardener on the front.

“Popcorn is a highly competitive market, which is continuing to grow at 12 per cent year-on-year. Tyrrells is a strong third within the ready-to-eat category and with the latest acquisition announcement and the opportunity to bring the US’ most successful popcorn brand, Skinnypop, into the fold, we’re set to deliver even more growth into this dynamic category.”

But Tyrrells is not a company to rest on its laurels, and in the coming months it plans to increase penetration of its crisps from 18 per 24 per cent. It plans to do this with the help of a new advertising campaign.

Hedges said: “We recently launched our first ever national above-the-line campaign with an advertising campaign centred around “Life’s a Shindig” – placing Tyrrells at the heart of informal gatherings.

“Next year we will focus on taking the Shindig around the country, using events, and sampling partnerships. Innovation will also play an important role in taking Tyrrells to new consumers and snacking occasions, with the impulse category being a main focus in 2017.”

In addition, Tyrrells has been very engaged with the apprenticeship scheme as a way as a way of harnessing local talent and driving further growth.

“We’re a progressive company, and have many examples of young apprentices joining and working their way up through the company,” said Hedges.

“For example, Alice Topham joined as an apprentice working on reception and is now an international supply chain coordinator, handling sales order from all corners of the globe and overseeing every aspect of the supply chain process ensuring our international customers receive their deliveries.”

“Apprenticeship schemes are a valuable resource that hold enormous potential. Setting up a scheme is a relatively easy process and the time you spend implementing it is moderately small compared to the rewards young people and your business could reap further down the line.”

“Work with a local, approved training provider or college who truly understand the needs of your business and who has the appropriate resources in place to support and deliver comprehensive training solutions for your apprenticeship schemes,” Hedges advised.

Tyrrells is a great example of the amazing things a small business can achieve, with the right combination of hard work, good ideas and endurance, and it’s clear to see why it took the award for Best Young Company all those years ago.

According to Hedges, it is important to recognise the accomplishments of small businesses, because they “are the lifeblood of the UK economy, and inspire aspiring entrepreneurs and business leaders to have a go.

“The UK has a rich seed bed of entrepreneurial spirit and Tyrrells is a good example of this.” 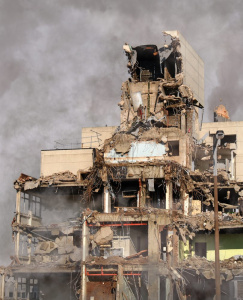 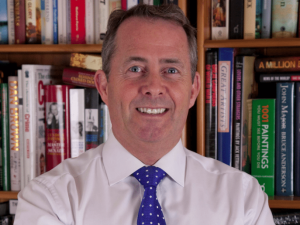