You’ve just joined an elite club of large businesses that, it appears, suspect remote working is the root of productivity evils. IBM banned remote working in 2017 as did Yahoo way back in 2013 – Yahoo’s reasoning being that to communicate, collaborate and be the best place to work, people must be “side-by-side”.

It’s time to put a stop to the purported theory that employees who work from home will be watching boxsets, and certainly won’t be productive, engaged or focused when, in fact, the exact opposite is true. Here are five good reasons why remote working should be on offer to those who want it, and how to make it work.

1. The research is overwhelming

Most compelling is a two-year long study by Stanford professor Nicholas Bloom, who studied 500 employees working for China’s biggest travel company, based in Shanghai. A group of 500 employees was split into two – one group worked from the office, while the other group volunteered to work from home.

The homeworkers had all been employed by the company for at least six months, had a private room at home to work from, and good quality broadband.

What happened? The company saw a 13% improvement in performance from those working from home – equivalent to almost one day a week. Why? The home workers really did complete their full shifts, with no late starts due to public transport delays, or any need to pop off home for the cable guy/school pick up/parcel delivery. It was also easier to concentrate from home, with no noise or distractions from colleagues.

As a result, the number of employees quitting dropped by 50%, and the company estimates it made $2,000 more profit from the homeworkers. Naturally, it was rolled out company wide.

A 2017 Polycom survey of 25,234 workers in 12 countries including the UK, found a staggering 98% of respondents felt remote working had a positive impact on productivity.

It’s time to put a stop to the purported theory that employees who work from home will be watching boxsets.

2. Your business will save money

And not just because of increased productivity, or savings on recruitment and training costs when attrition falls, or in office overheads, but absenteeism.

The biggest workplace issue facing employers, after talent and skills shortages (49%), is the demand for flexible working (30%), according to a study by global HR laywers Ius Laboris.

Interestingly, the two are inextricably linked. The study found flexible working has an influence on 89% of employees when it comes to deciding whether or not to take up a job.

4. And you won’t exclude skilled parents

Because of that unavoidable twice daily commitment called The School Run, remote working can be a vital tool in smashing that glass ceiling – as more women than men are still primary childcare-givers – and keeping eye wateringly-high UK childcare costs down.

According to data from the TUC, the number of people working from home increased by 19% in the decade between 2005 and 2015, the equivalent of almost a quarter of a million people. It also found the biggest growth in regular home working was among women, with a 35% increase.

Industries falling well behind on correcting the gender pay gap – including banking – should take note. While flexible working isn’t the silver bullet for workplace equality, it can go a long way in helping to diversify them.

According to a 2019 survey of parents by Working Families, 86% of working parents want to work flexibly but only 49% of those surveyed do.

5. Think of your corporate social responsibility

Remote working is, in fact, a green initiative. The powerful combined effect of fewer employees driving to work or using public transport, lower building carbon emissions and less paper waste being produced goes a long way to reducing your carbon footprint and can help your business do more to improve our environment.

But remote working can go wrong. If there’s one thing I’ve learnt since our company started offering fully flexible working (it’s entirely up to our employees where they work from), it’s that two factors are critical to its success. The first is choice.

Not everyone wants to work from home, and most don’t want to work from home all of the time. It can be lonely, isolating and most of us need human connection. Many of our people just show up to our office because they want to.

The second reason is technology. Why has remote working become so successful in recent years? Because software development enabled it. Go back 20 years and it wasn’t possible to be a fully-engaged remote worker. Nor was it possible for most people to externally store more than 1GB of data at once.

You must also have to have faith in the people you hire to discover how they work best. If you genuinely think your staff would slack off if they aren’t working from a specific building, then there are far deeper problems to solve than flexible working can fix.

Remote working should excite leaders and employees, but it only works if embraced as part of your culture. 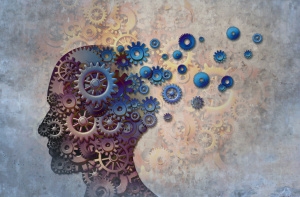 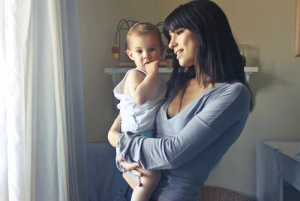