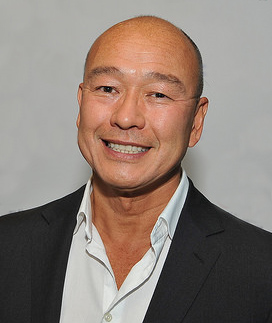 Air traffic can be a barometer to what is coming down the road, he suggested.

?Overall we’ve seen about an eight per cent decline in Europe and I think that it’s a reflection that Europe is still very much struggling to come out of the recession and the economy’s most western countries are still incredibly fragile. Its been a disappointing year for the market and for us as a new entrant in the space that provides private aviation travel on demand.? Most of this could be attributed by the perception that private aviation is seen as a luxury. But while all recognise luxury, the definition is hard to agree on. This can range from a list of attributes, the exclusivity of a products distribution or even its price, but Jackson defines it as ?something that enables someone to achieve something?. This definition is pretty apt given the fact that private jets allow for the biggest commodity of all: time. It’s something that Jackson himself recognises. ?The single biggest luxury of all is time because thats’ a commodity that you cannot go and buy,? he said. ?I think it should be marketed as a time machine. And I think what private aviation does for people in business is to maximise their use of their working day. It allows them to ultimately achieve more than their competitors and more than their expectations.

?But is private aviation truly a luxury? It allows you to fly to three meetings in three cities in one day and get home or move onto the next meeting. The alternative is sending your executives through a busy commercial airport to a second busy commercial airport via an overcrowded aircraft where there is a real danger of them being overheard in terms of business conversation. And, essentially, there will only be one meeting. ?So is it luxury or necessity? If you’re competing in business today in a increasing globalised economy where it’s already hard to survive and gain market share, then I see private jet travel for those that can rationalise the cost of value benefit as not being luxury but absolute necessity. ?But what’s interesting is that in certain countries in Europe, it can still be seen as a luxury to fly private. In other cultures it is seen an essential business tool, but do it quietly. Some play up on it quite significantly as its seen as a status symbol. ?In the US, for example, private jet is seen as a necessity to be able to compete and has less social stigma attached to it compared to Europe, where aviation travel is seen as a massive cost on the balance sheet. They see it as a massive privilege and luxury. ?But I think the industry itself could get better at delivering a more robust articulation of the sort of time cost benefits of unscheduled on demand travel by private charter.? This belief could be eradicated in the future as Victor‘s growth is no accident. ?We’ve been growing give or take at about 300 per cent per annum consecutively each year in an industry that has been and is still today a very opaque unregulated sector from the standpoint of the consumer,? Jackson explained. Membership rose 290 per cent, while charter bookings increased by 260 per cent year on year. ?Our whole focus is to go after the consumer that wants value and service, that wants choice but doesn’t want to be locked into a contract where they pay significant sums up front,? Jackson explained. He attributed their high level of booking conversion on their pioneering commitment to provide full disclosure in every quotation including the actual operator and tail number of the aircraft together with a flat booking fee. ?Our commitment to putting the customer first, has helped the brand develop a level of trust and loyalty that is rarely found in the highly competitive world of charter brokers. This was quite a big leap of faith on our part as consumers could just as easily have done a deal with the suppliers themselves. ?It is not unusual for customers to shop around the brokers, usually because they don?t believe they are getting the best deal, but when they find Victor is willing to lay everything out in black and white, I am not surprised that 80 per cent of our regular customers stop shopping around once they have used Victor.? This has led Victor to heavily reinvest in technology. ?One lesson I have learnt in the past is that you cannot stand still with technology investment,? he said. ?If you are not constantly improving you get left behind. As a basic rule, you need to continue to invest more than you original spent building your web site and app every subsequent year.? ?Greater than half my cost space is tech,? Jackson admitted. ?But when it comes to the private aviation sector as a whole, there’s a chasm. What we’ve seen so far in the early stage tech that has been applied is pretty rudimentary. ?Customers want to just flip their phones open, search around and make a transaction all in the space of a few minutes. That is the bare minimum that smart tech needs to be in order to support a brand these days, alongside a consistency of delivering value in whichever country you may be in. I don’t yet see that in private aviation so it is a great opportunity for us. And out of the few brands competing in that space, that offers transparency, value and a seamless experience from A to B will be the one to succeed. By Shan? Schutte