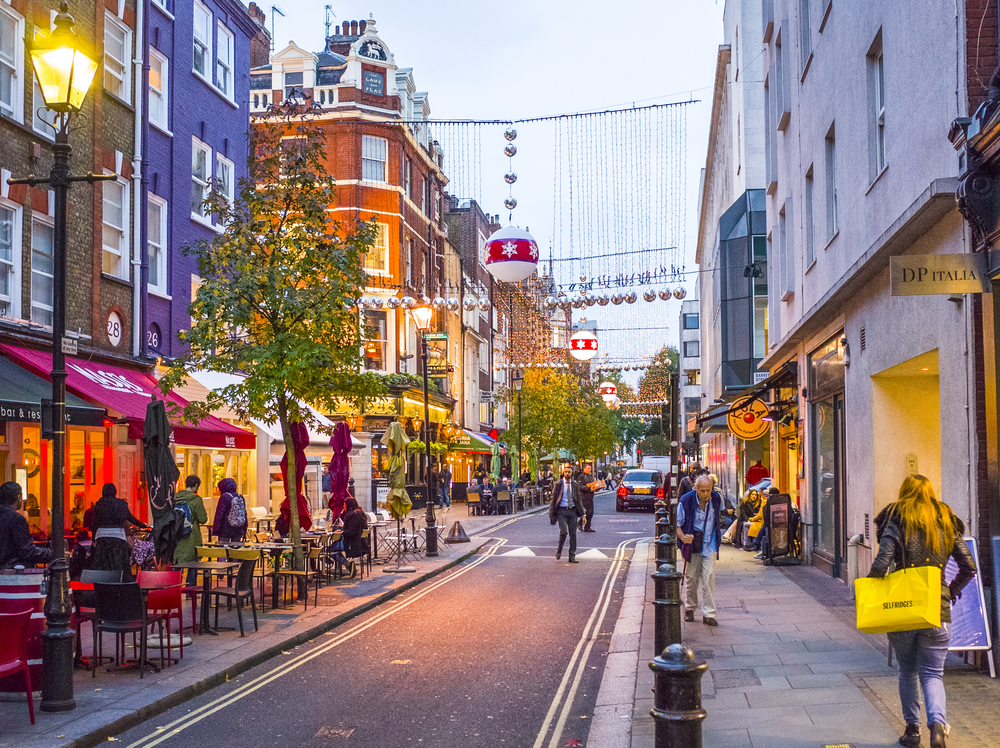 Retail outlets are increasingly being replaced by restaurants and takeaways on high streets across England and Wales, according to?ONS research. Direct Line for Business dissected the June 2019 study and the trends suggest a death knell for Britain’s brick-and-mortar retailers angling for high street success.

Over the past five years, high street businesses have been closing at a rate of four every day

In 2018/19 two thirds (61%) of all change of use applications made to local authority planning departments were to change the use of shops, Class A1 (retail outlets), to another type of business.

More than a third of all change of use applications submitted to councils in the last financial year was to convert a shop into either a restaurant or caf? or a takeaway.

Despite the difficulties suffered by many high profile restaurant chains in recent months, demand remains high for these premises.

Analysing change of use applications for all types of business premises in 2018/19 revealed almost half of the requests were made to convert the building for use as a restaurant or caf? or a hot food takeaway. Eleven per cent of applications were to create drinking establishments such as pubs or wine bars and 6% were for financial and professional services businesses.

The remaining 17% of applications were for premises not included within other classifications, such as betting offices, payday loan shops or taxi businesses.

London vs the rest of the UK

London, home to approximately 1,200 high streets,?saw the highest number of applications for the change of use of business premises.? Over the past three financial years, almost a third of Class A Town and Country Planning Order applications across England and Wales?came from London.

?With the internet making it so easy to run a successful business without the traditional overheads of a bricks-and-mortar business, it?s no surprise to see a decline in the number of physical shops on our high streets,” Jemma Holloway, retail product manager at Direct Line for Business says.

“Shops are disappearing at an alarming rate, and with more than 10 million people living just a short walk away from a local high street, it is important for the estimated 100,000 shops that remain operating in these locations that people take advantage of them to stop them dying out.?

Retail outlets account for just a quarter of businesses on the high street now, experiencing a decline in every region outside London and the North West over the past five years.

Meanwhile, the number of non-high street businesses has rocketed over the same timeframe, rising from 2.45 million to 2.61 million, which is an increase of 156,000, or 6%. This is the equivalent of 86 new businesses every day.

To help support the high street,?Direct Line for Business has partnered with Enterprise Nation, Amazon, and Square on the launch of?Clicks and Mortar, a series of high street pop-up shops across the UK.

The initiative encourages experimentation so that online businesses can grow and test physical retail while helping the high street by filling empty shops and driving footfall.

Why restaurants and why now?

With 1.7 million UK consumers visiting a restaurant at least once a week, the opportunity for independent restaurants and pubs to take a slice of the action is clear.?An increasing number of them are targeting growth based on the growing consumer trend of favouring local, independent locations instead of large chains or out-of-town restaurants. ?Gone are the days of 2015 and 2016 when there were three new restaurant openings for every closure. Many new concepts have failed, whereas the tried-and-tested businesses have fared much better,? 365 Business Finance?managing director Andrew Raphaely explains. ?The need for business funding has increased due to rising costs and a requirement to take a competitive edge ? be that through expansion, redevelopment and refurbishment, or investment in staff and training.”

“The closures of homogenous chains in the casual dining sector, such as Prezzo, Carluccio?s and Jamie?s Italian, have given the independents an opportunity to get a stronger foothold in the sector.?

??Independent restaurants are telling us that their customers value the personal approach, knowing that their food is locally sourced and that the restaurant is part of the community, not a corporate machine,? says Raphaely. When it comes to getting the funding to develop and expand their businesses, many restaurants and pubs are turned down by high street banks or are required to secure loans against their business or property, supply business plans and commit to lengthy terms. This is where many turn to merchant finance to manage cash flow. For retail outlets, moving stock and keeping on top of inventory can cripple cash flow. In the restaurant business, perishables add a new dimension to this problem. Joel Braham, founder of The Good Egg restaurant uses merchant cash advances to keep his business ticking along. ?Cash is key in this business,” he says. “When you?re buying food and have set payment terms, you have VAT costs, PAYE increasing with more staff ? on any day there?s a huge amount of money going in and out of the business, so keeping on top of that can be hard. You can prepare for these things but there are some times when you need help and I think the merchant cash advance is great.”

But business growth isn’t just about fire fighting month on month. According to Cato Syversen, CEO of UK credit check specialist Creditsafe, the recent high street closures reveal a wider problem that can have a domino effect on smaller suppliers.

Creditsafe’s search into insolvencies across the UK shows which regions have experienced the largest spikes in company insolvencies. Northern Ireland (up 114.3%), Greater London (up 103%) and Yorkshire and Humberside (82.4%) make up the top three.

?In the past few years we have seen many big name brands suffer on the high street and the industries we are seeing hit the hardest are retail, food and construction,” Syversen says.

?As well as the economic challenges surrounding Brexit, we are seeing more consumers choosing to shop and eat local to support smaller independent businesses and this is noticeably eating into the already fine margins of major restaurant groups,” he adds.

“The closure of a widespread chain such as Jamie?s Italian will inevitably impact those who own commercial rental property where these sites are based so it?s crucial that businesses have a contingency plan in place to account for sudden closures wherever possible.?

As a case in point, last year alone, 120 casual dining outlets closed across the country.?While independent restaurants may be beating out retailers on the high street, whether they having staying power and are able to compete in saturated markets remains to be seen.